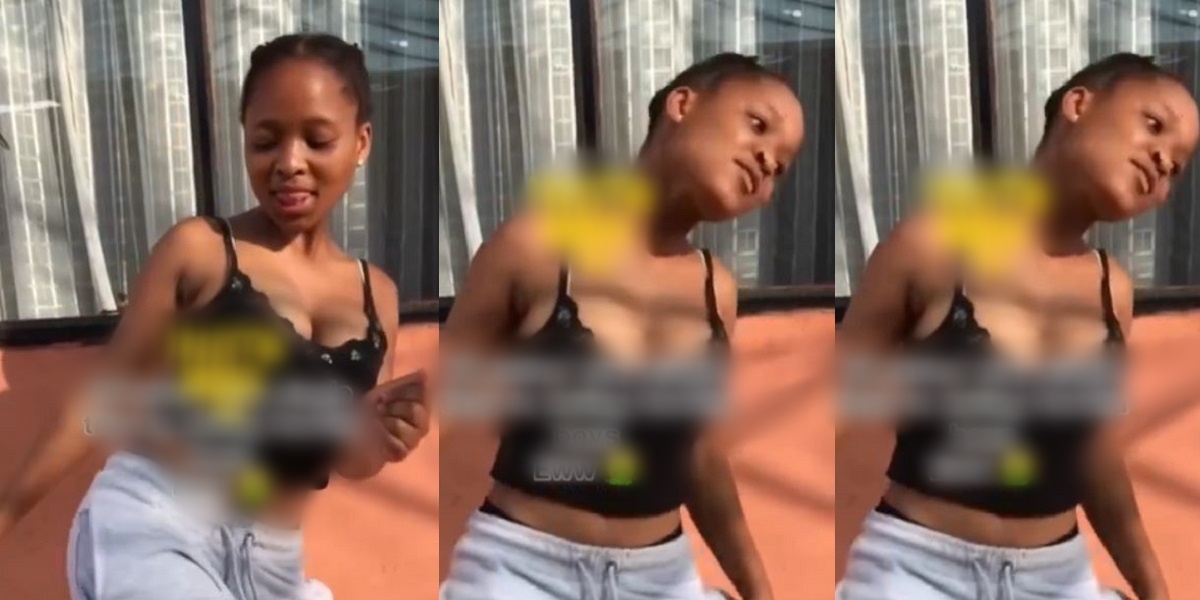 
A young lady has caused a stir after she revealed the types of men she would never go into a relationship with.

The beautiful young lady in a video making the rounds online declares that she will never date a man who drives a Toyota Corolla.

According to the pretty lady, rather than settle for a man who drives Corolla, she will remain single until she meets a man who meets her taste.

Her words, “I’d rather be single than to dating Corolla boys ewww”.

In other news, a Nigerian lady has shared a ‘sure hack’ on how ladies can secure their place in their boyfriend’s life and prevent him from cheating.

In a video making rounds online, the young lady told her fellow women to cook sumptuous meals for their man and his friends to secure their favour and show that they are good wife material.

The lady who led by example in the trending clip prepared amala, ewedu and gbegiri for her boyfriend and his friends, and she’s seen turning amala on a cooker with strength and vigour.

After cooking the meal, she served them and knelt down to present the food to her boyfriend. According to her, she is certain that her boyfriend would never cheat on her because of the way she treats him like a king.

She went on to capture her boyfriend, his friends and sister devouring the meal. She said her boyfriend’s sister complimented her cooking skills and told her boyfriend to get married to her quickly.

In the video that some might consider sarcasm, the lady instructed women to replicate the same actions to keep their boyfriends.

“This is what a good girlfriend should do for her boyfriend and his friends. Mine would never cheat on me”, she captioned the video.