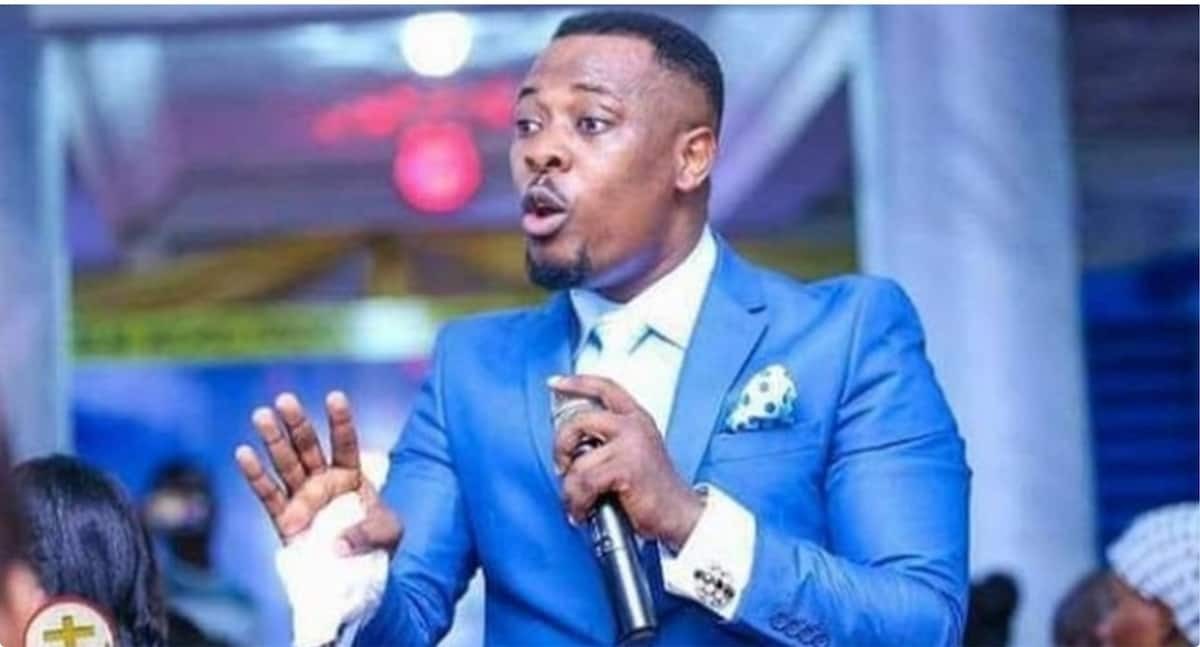 
Well-known Ghanaian Prophet, Nigel Gaisie, has disclosed that he started smoking marijuana at the age of 11.

The founder of the Prophetic Hill Chapel revealed in an interview on GTV that an old boy in their area introduced him to smoking.

He also opened up about how he gave his life to God after a kelewele seller sent him to church.

“At the age of, 13, 12 and 11 I was smoking marijuana. A guy called Anokye introduced me to it. Coming from a home where there was no dad and only my mother was taking care of me, when we closed from school, he (Anokye) will take us to the Odorna Railway and expose us to infamous stuff, so I started smoking marijuana.

“So one of those days, I went to buy marijuana, and I was hungry and went to get kelewele. The woman who sold the kelewele said Kwabena, come this evening so I take you to church, so I take this kelewele for free. So she gave me the kelewele for free, and I went to church and saw a Man of God who is now my spiritual father living in the UK now, Apostle Kofi Afriyie Amoako,” Prophet Nigel Gaisie stated.

READ ALSO: Nice Teeth, Rich And More – Efia Odo Mentions What She Wants From Guys Who Would Like To Date Her

He further recalled the prophecy which was given to him.

“I went to sit at the far end and already I was very high so he called me from the back and said that young guy who is sitting at the back.

“Close to the speaker, the hand of God is on him. He did not know me but he mentioned my name. I was called Kwabena Ali, and he mentioned my mother’s name, Abena Grace, I loved it, and I admired it, and the rest was history,” the prophet revealed.