“I turned down a lot of opportunities to sleep with rich, married men last year” – Mandy Kiss expresses regret (video) 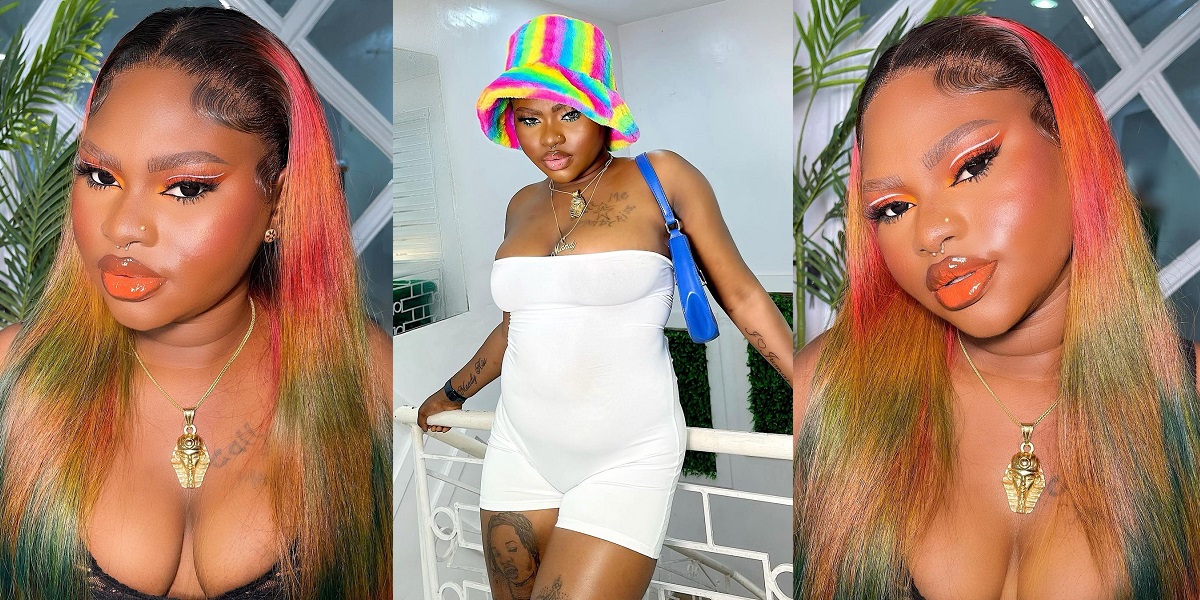 Recall that the 22-year-old media personality became an internet sensation after she tattooed the face of controversial singer, Naira Marley, on her laps, and proclaimed herself the “President of Oloshos”.

However, in June 2022, she retracted her earlier claim of being a prostitute and said she only created the persona to survive and feed her family.

She also lamented bitterly over her inability to find a boyfriend because everyone thinks she’s a woman of easy virtue, adding that she’s not who people thinks she is. Read here and here

Well, Mandy Kiss has said she wants to drop the good girl act this year because it didn’t favour her in 2022.

She said she rejected a lot of offers to hang out with wealthy men who were willing to spend heavily on her in 2022 because she wanted to avoid controversy, but it didn’t lead her anywhere.

According to her, 2023 will be different because she’s ready to do whatever it takes to live a soft life filled with enjoyment.

A while back, Nigerian singer, Cynthia Morgan, took to her Insta-stories to share an interesting fact about copulating that she recently discovered.

The singer, in a post shared via her official Instagram page, said she discovered that coitus is mainly for reproduction.

Share. Facebook Twitter Pinterest LinkedIn Tumblr Email
Previous ArticleAussie driver is ran off the road after not letting another car merge, Dashcam video
Next Article Shugatiti Discloses How She Was Ordered To Stop Using P3nis And Vj@yj@y Shaped Pots At Her Restaurant – Watch Video