I need surgery to stop my growth 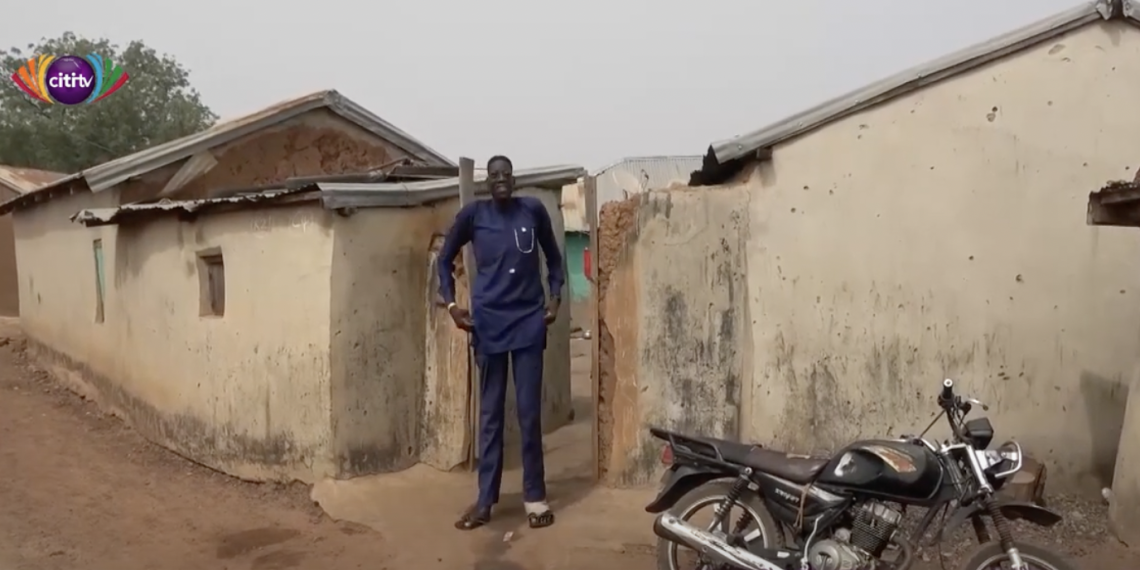 
Sulemana Abdul Samed who is reported to be Ghana’s tallest man is appealing for financial help to undergo surgery to stop his growth.

29-year-old Samed, who stands at an incredible seven feet four inches said on Breakfast Daily on Citi TV on Tuesday, January 10, that Doctors at the Tamale Teaching Hospital have told him that he will continue to add to his height if the surgery is not performed.

“I need help for surgery because the doctors said the growth is in my head, so I need surgery to stop it,” Samed said, adding, that he is also suffering from chronic pains in his spinal cord.

Samed, popularly known as ‘Awuche,’ also stated that his gigantic stature also means he must use at least 14 yards of material to sew a single cloth.

He added that he has resorted to Issahaku Musah, a tailor to make his preferred outfit.

Mr. Musah has for the past seven years been making clothes for Sulemana.

This he said is taking a toll on his finances. He disclosed that his mobile money business has collapsed.

Aside from clothing, Awuche does not have a befitting bed.

His double-sized mattress and a student mattress have been combined to give him relative comfort, even that, he has to sleep in a diagonal way.

From afar, he looks tall and like a giant but a closer view of him reveals Awuche is physically unfit.

He is battling chronic wounds with a bandage tied to his left leg. There is also a visible wound on the right leg plus other health conditions.

Ordinarily, anyone in Awuche’s fame would’ve been excited, but he admits the thought of his health condition is draining.