“I love my son” – Wizkid gushes over his first son, Boluwatife, as he expresses concern after calling his phone and didn’t get an answer (Video) 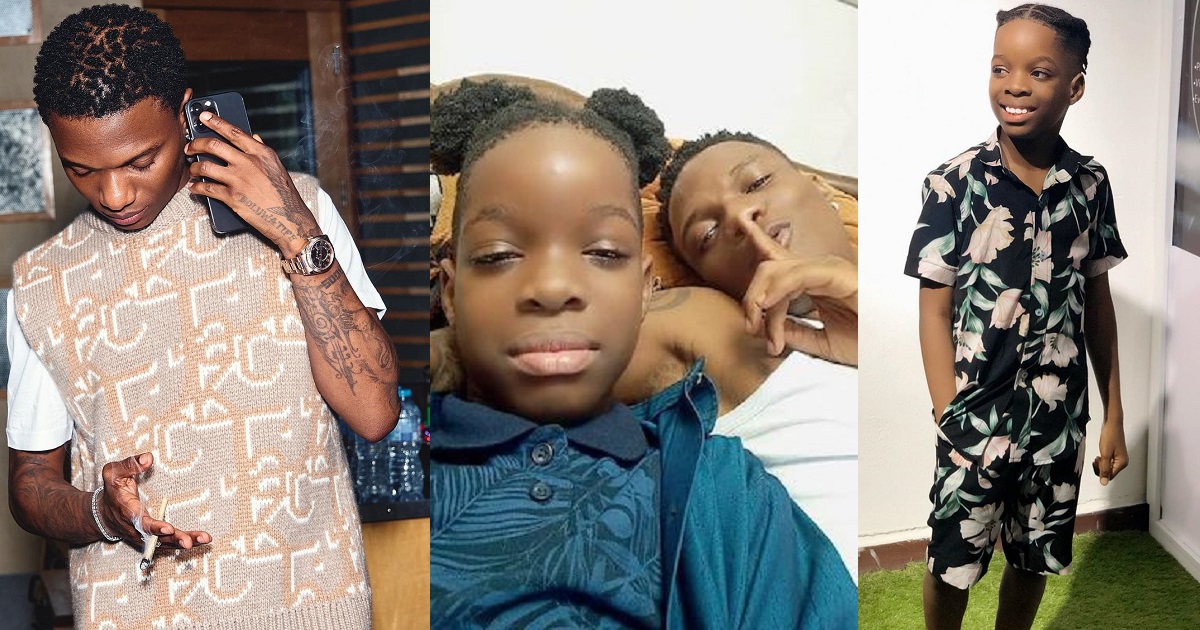 
Nigerian singer and father-of-three, Wizkid, has shown that apart from being a superstar singer, he’s also a doting dad.

A video that’s currently making the rounds online captured the moment the singer expressed concern when he couldn’t reach his first son, Boluwatife, on the phone.

Wizkid had put a call across to his first son, Boluwatife’s, phone to check up on him, but the young lad didn’t pick up.

In the video, the Grammy Award winner was in a car heading to an unnamed location with his manager when he put a call across to his son, who didn’t pick up.

When the manager suggested to a worried Wizkid that his son was probably not picking up because he was asleep, Wizkid replied that his son is a rockstar who doesn’t sleep so early.

In another part of the video, the proud father expressed his love for his son.

Recall that his mother, Shola Ogudu, had earlier in the week announced that he had resumed high school.

Shola Ogudu took to her Instagram page to share the news and expressed unreserved joy and fulfillment at his growth.

Well, proudly announcing his new status as a high school student, the 11-year-old requested that some respect be added to his name now.