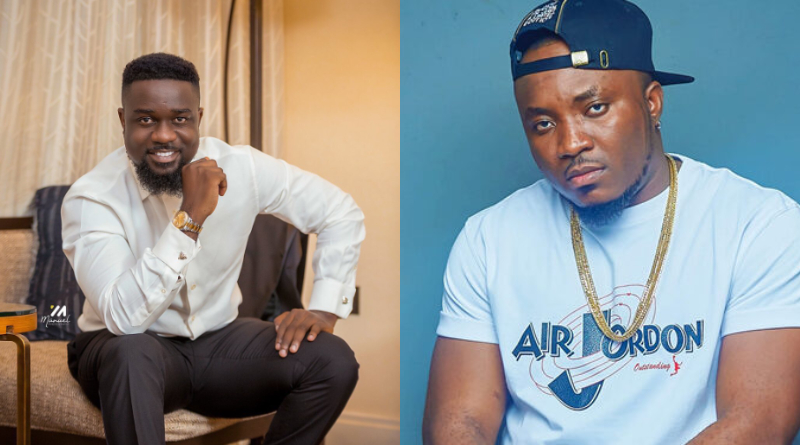 The two Ghanaian musicians have been in the news for some hours now after Samini expressed his disappointment in the renowned rapper.

Following an inquiry by a fan on when he will collaborate with Sarkodie again, the Highgrade Family CEO started ranting.

According to him, Sarkodie snubbed him at a time he needed him on his ‘Burning’ EP.

Due to this, Samini said he does not need a verse from Sarkodie and he is also not interested in accepting a collaboration request from him.

READ ALSO: Always Record A Full Song And Drop It Solo If The Artiste You Want To Feature Refuses To Do – Eno Barony Advises

The Sarkcess Music boss reacted to his colleague’s rant during an interview with Andy Dosty on Hitz FM on Tuesday, January 24, 2023.

Sharing a video of his response, DKB revealed Sarkodie has been treating him the same way.

He claimed to have minded his business when it happened a couple of times.

DKB wrote: “When he take do me couples of times, I told myself WKHKYD 😂 😂 and I decided to mind my business and avoid dealing with him at all costs. 🙌 😂

But whenever a business opportunity comes needing him, I gladly inform him and go back to minding my business 🏃 😂 😂.”

Share. Facebook Twitter Pinterest LinkedIn Tumblr Email
Previous Article“If you like a babe, send her gifts and send her money” – Dj Toloni Baj reveals how to get a woman
Next Article Listen To The Snippet Of Davido And DJ Khaled’s Upcoming Song