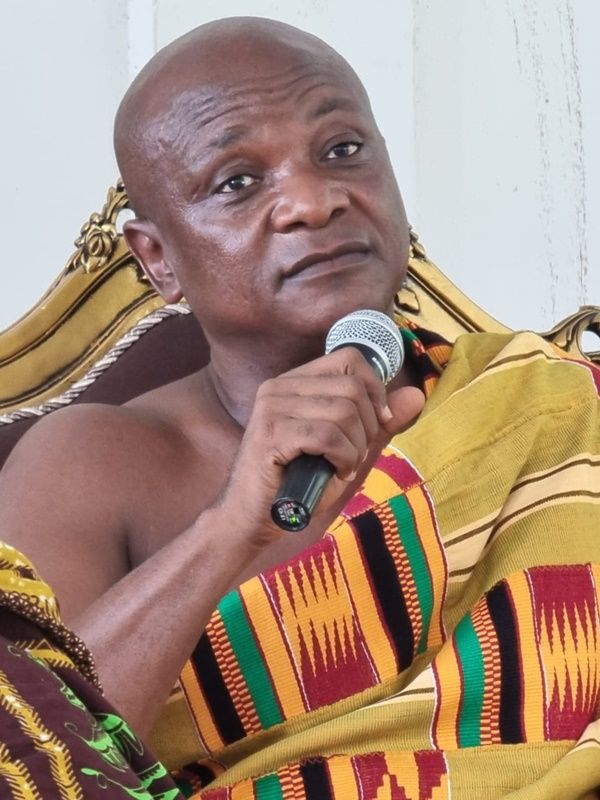 
Togbe Afede XIV, the Agbogbomefia of the Asogli State, President of Asogli Traditional Area, has declared that, he could not have spent the ‘inappropriate’ over GH¢365,000 ex-gratia paid into his account after he had served on the Council of State between 2017 and 2020.

The former President of the Council of State noted that he was surprised when he realised that his account has been credited with the huge ex-gratia.

Speaking to Accra-based Joy News, Togbe Afede XIV, expressed shock over the criticisms he received when he decided to return the money he has received.

In his defence, Togbe Afede XIV reiterated that his four-year part-time job as a Member of the Council of State does not merit such quantum of money as an extra reward.

“My joy turned sadness because I knew there was no way I would spend that kind of money. I was very surprised about the sheer quantum of money that I was going to be paid and I thought that for four years of work, that in all honesty, it was part-time work, I did not think that it merited such amount of extra reward, after I have enjoyed monthly salaries. Of course, there are other privileges whether I enjoyed them or not is neither here nor there…but I thought the salaries were more than enough,” the former Council of State member explained.

He said, even though Article 71 officeholders are to be paid ex-gratia for whatever good read, the amount to be disbursed should be subjected to analysis with consideration to the current economic hardships in the country.

“I thought the salaries were more than enough, so I decided there and then that there is no way I could spend that money and that money must go back to government…there may be a need to give some end of service benefit, how much to be given is subject to a bit of analysis, that would respect also the situation in our country and the plight of the average Ghanaian. Some people must not be made to look like a different class of people.

“Council of state work should not take you away from what you have already been doing and therefore is not a case that you need to be compensated at the end of service or when you are being thrown out of job,” Togbe Afede XIV noted.