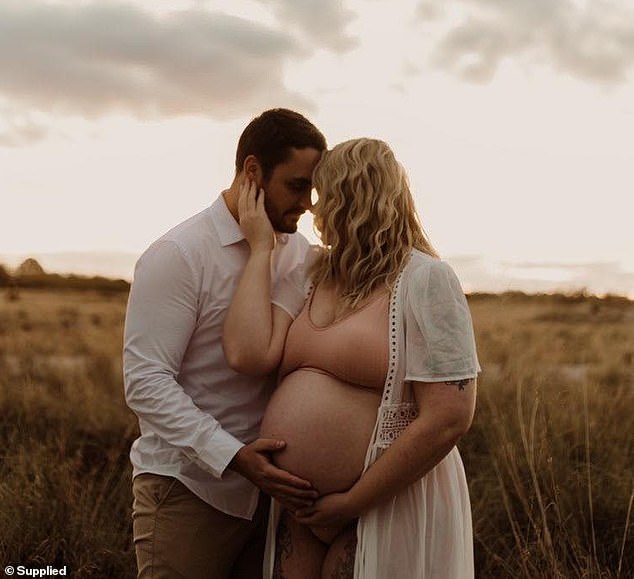 Expectant mums were left scrambling to get their money back after a baby furniture firm went under, throwing thousands of dollars worth of orders into doubt.

A group of mums have banded together on social media for support and to swap tips on how to get money back through their banks.

Samantha Turner told Daily Mail Australia she purchased $2,000 worth of furniture for her baby in April and ‘literally felt like I could throw up’ after the firm went under.

‘It was absolutely heartbreaking, I think I cried all night and the following morning because I couldn’t believe this happened to us,’ the Perth mum-to-be said.

Ms Turner, whose baby is due next month, said she had tried to be careful in choosing the right place to get her nursery furniture before she bought.

She was stunned when she saw reviews the brand had gone into liquidation.

‘I just remember panicking, thinking why can’t I find their website to be working and then their Instagram and Facebook were non-existent,’ the dental assistant said.

‘My partner came to sit with me and I just started crying, I felt like I had failed my daughter already – and felt like a useless mother because she doesn’t have any furniture now.’

Ms Turner said she and her partner are waiting on news from her bank, ANZ, which was sympathetic with her predicament – and she hopes they can ‘really help’.

Meanwhile, mums across social media were supporting one another and sharing their experiences with the banks in getting their funds back.

Customers complained that Quirky Bubba (pictured) shut down their communication, with their social media platforms deleted and website offline

One customer in her third trimester said she was partially compensated after forking out $1,278 on baby goods with the firm, and has hopes for the rest of the money.

‘So shout out to Bank of Melbourne and St George and I hope everyone else has the same success,’ she wrote.

It was more complicated for another who paid for their goods in seven different instalments via Zip Pay – each part payment has to be dealt with individually.

‘Not sure what else to do except wait,’ the mum said.

One customer said she lodged a dispute with the Commonwealth Bank but didn’t feel hopeful they could trace her funds that she paid via bank transfer.

Another had heard the company were taking orders ‘right up until they shut down’, while one more said she didn’t understand why the closure was not communicated.

‘I was expecting my delivery in two weeks [and] with not a single word they have shut down,’ she wrote.

Mackay Goodwin told 7News the receivers had been appointed for the company.

‘Our investigations are still ongoing and we are awaiting a completed statement from the Director about the company’s business and affairs,’ the statement said.

‘We understand how upsetting the situation is for expectant parents, however without all the information we require from the director, we are unable to speculate on an outcome of our ongoing investigation.’