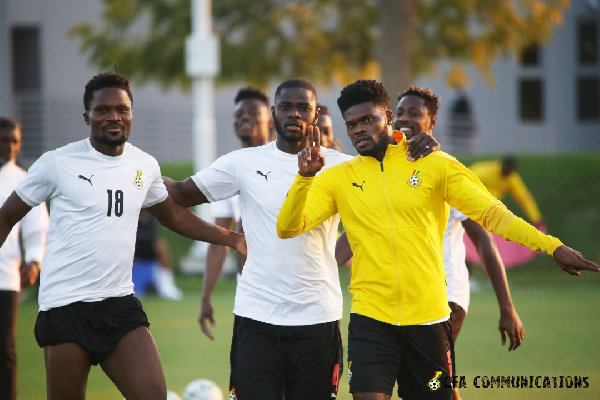 Arsenal midfielder Thomas Partey has arrived in Black Stars camp in Doha ahead of the 2021 Africa Cup of Nations tournament.

Partey’s arrival was confirmed on Tuesday as the team enters the final phase of preparations for the tournament which they have been tasked to win.

Partey played his last match for Arsenal last Saturday and was adjudged man of the match despite the Gunners’ painful loss to Manchester City.

His late arrival was backed by CAF’s decision for players to play for their clubs until January 3 before leaving for the Afcon.

Fifa rules state that clubs have to release players by 27 December for the tournament, which starts on 9 January, but Caf had agreed players can turn out in official games for their clubs up to 3 January.

Partey is likely to play in the Black Stars only pre-Afcon friendly on Wednesday against African champions Algeria.

Black Stars will kick start their tournament against giants Morocco on Monday, January 10 before taking on Gabon and Comoros in the other Group C matches.