“How can someone be using half a million for grocery shopping and it is not even enough” – Moyo Lawal laments. 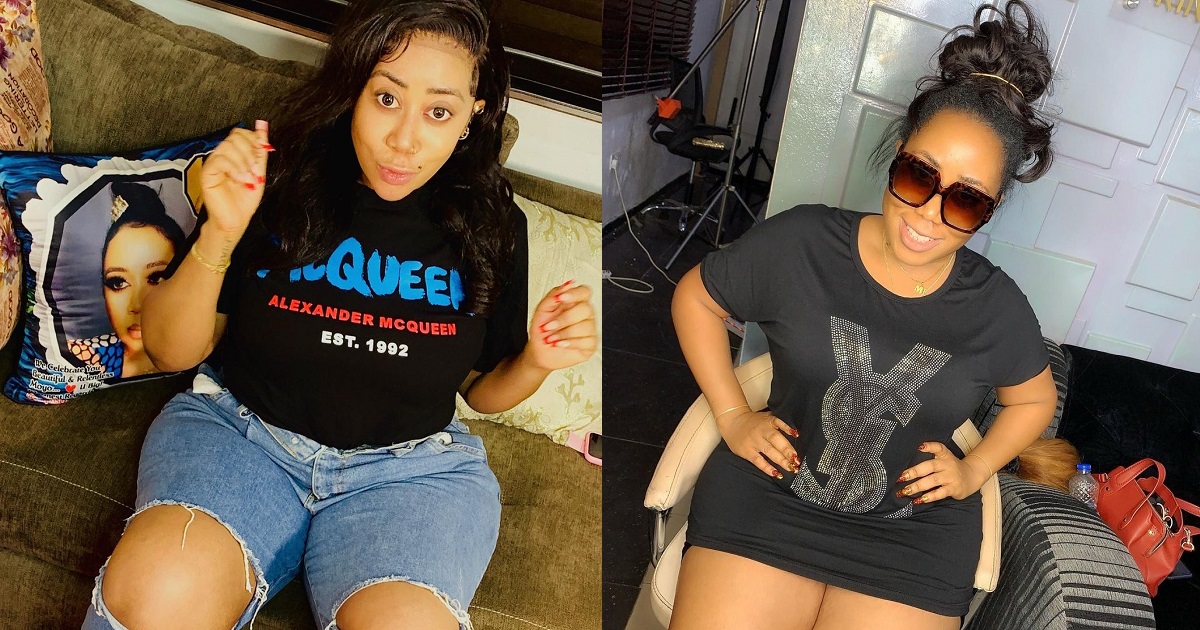 
Nollywood actress, Moyo Lawal has revealed that N500,000 is no longer enough to buy groceries.

The actress inquired on Instagram how someone could go grocery shopping with half a million naira yet it wasn’t enough while posting many sobbing emojis.

Moyo also jokingly asked her followers if she could come to get groceries from their houses because she was done spending her money.

“How can someone be using half a million for grocery shopping and it is not even enough 😩😭😭….. …. … p.s ayam buying anything with my money again 😩😭😭… … can I come to get groceries from ur house because I am done oooh 😩😭”

A while ago, Moyo Lawal revealed a condition that must be met before she considers dating a man again.

Taking to her Instagram page, the thespian said God himself must speak to her about the man before she would even give him audience.

The Lagos-born actress shared a quote that reads, “I’m not dating again until God himself come sit on my bed & say “my homeboy tryna talk to you”.

Share. Facebook Twitter Pinterest LinkedIn Tumblr Email
Previous ArticleScammers steal £50m from UK victims posing as staff from their bank calling on business
Next Article Don’t Allow Anyone To Pressure You To Marry – Oteele To Men