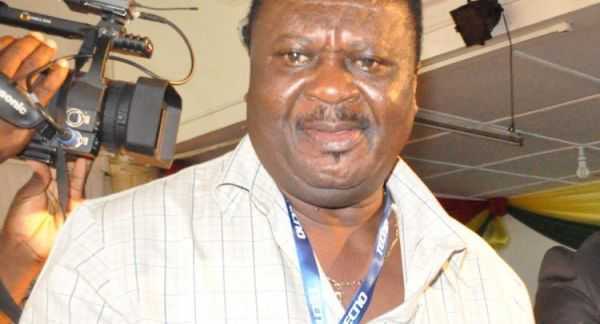 
Ghanaian Highlife legend, Alfred Benjamin Crentsil, professionally known as AB Crentsil has passed away at the age of 79 years.

The death of the celebrated singer was confirmed by sound engineer, Fred Kyei Mensah better known as Fredyma on Wednesday, July 13, 2022 in a Facebook post.

“FAREWELL AB CRENSTIL. The original composer and singer of the famous and controversial songs, ‘Moses and Atia’, AB Crenstil, has died! He had a stint with a lot of bands before joining the Sweet Talks Band with Smart Nkansah and then his own band, Ahenfo. His hit songs, ‘Juliana and Obi ba wiase’, cannot be forgotten,” the post read.

Speaking in an exclusive interview with GhanaWeb, Fredyma intimated that the veteran singer had been sick for some time now.

Tons of tribute have poured in for the late composer.

Below is a little biography of A.B. Crentsil culled from Wikipedia

He was always known as AB Junior until his father died in 1984 when he assumed the AB Crentsil name without the junior.

His primary and middle school education was the Takoradi Methodist Primary and Rev Cleveland Middle School respectively. After his middle-school examinations, AB worked as an electrical apprentice under his father, who was Works Superintendent of the technical branch of Ghana Railways at Takoradi.

While in middle school, Crentsil was introduced to the guitar by Mr. Thedoh.

A.B. Crentsil became proficient in playing guitar and started singing along when playing it. He was simultaneously working as an electrician and playing with the Strollers Band owned by one Kwesi Donkor.

Crentsil has played with the El Dorados, the Sweet Talks – which latter group in the 1970s, under the joint leadership of Crentsil and Smart Nkansah, were the resident band at The Talk Of The Town Hotel in Tema, with Crentsil as lead singer — and then finally the Ahenfo Band.

Crentsil opened a 16-track recording studio in 1990. “Devil” is among his best-known songs. Crentsil continues to release new albums and to win the accolades that are awarded to top musicians in Ghana. As he always says: “When burger highlife came and everybody loved it, we all joined the train because we also wanted to make some money, but one that I realized is that, highlife will always be the original form of music for Ghanaians and we will always come back to it.”