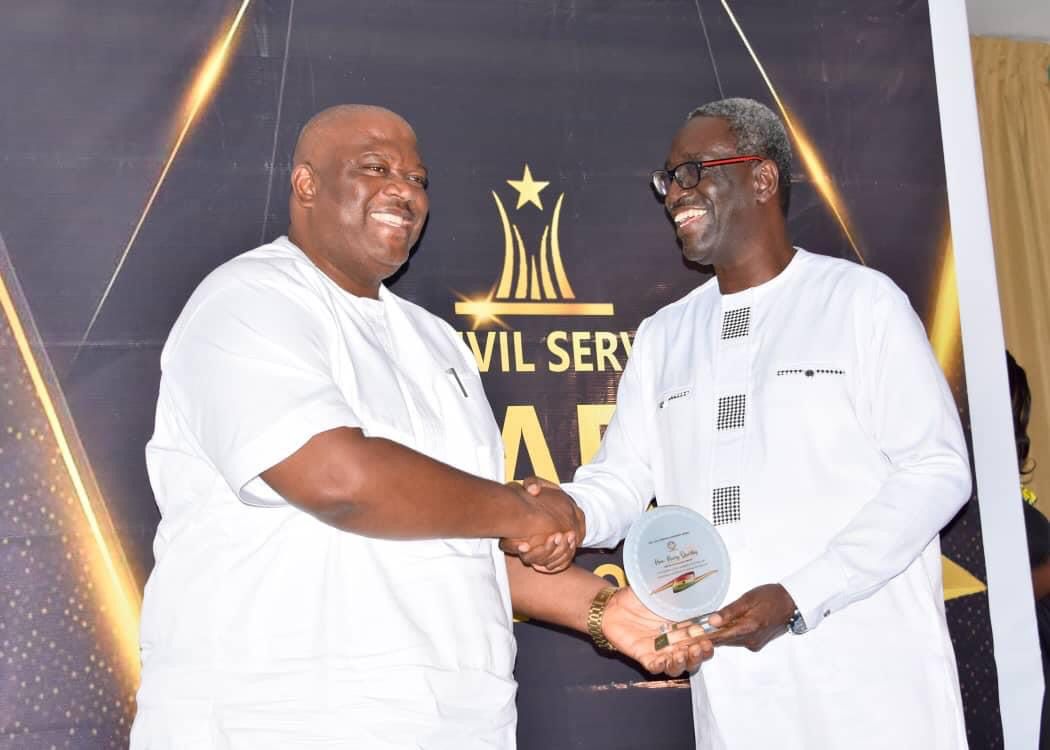 
The Greater Accra Regional Minister, Henry Quartey has been honoured for his exemplary leadership and unwavering contribution to national development at the 2021 Civil Service Awards Night held in Accra.

The Minister upon assumption of office has embarked on a series of activities under the “Let’s Make Greater Accra Work” agenda aimed at transforming the capital.

The program seeks to combat the increasing level of indiscipline in the region with its main focus on Sanitation, Security, Education and road indiscipline.

The move according to the Minister was to help decongest the city and to offer the various onion trader unions a much more decent and conducive environment to ply their trade.

The Greater Accra Regional Minister Henry Quartey has also assured of a collaboration with the Education Ministry to have all Ga teachers who have been posted to other regions transferred back to the city to help tackle the growing concern of shortage of Ga teachers in Accra.

Reference can also be made to the demolition of unlawfully erected structures that were mounted at key areas in the capital.

Over 200 acres of lands belonging to the Council for Scientific and Industrial Research Animal Research Institute which had been encroached on for decades were also reclaimed by the Greater Accra Regional Security Council for the institute.

The Minister has also vowed to demolish structures that have been illegally erected on the Sakumo Ramsar Site to help deal with the perennial flooding in that section of the country.

During the 2021 Civil Service Awards Night, which saw Vice President Dr. Alhaji Mahamudu Bawumia and other Ministers in attendance, Henry Quartey expressed his gratitude to the President for his nomination as the Greater Accra Regional Minister which had earned him the honorary award from the Ghana Civil Service Council. According to him, the award will serve as a motivation to continue with the vision of having the Greater Accra Region transformed.