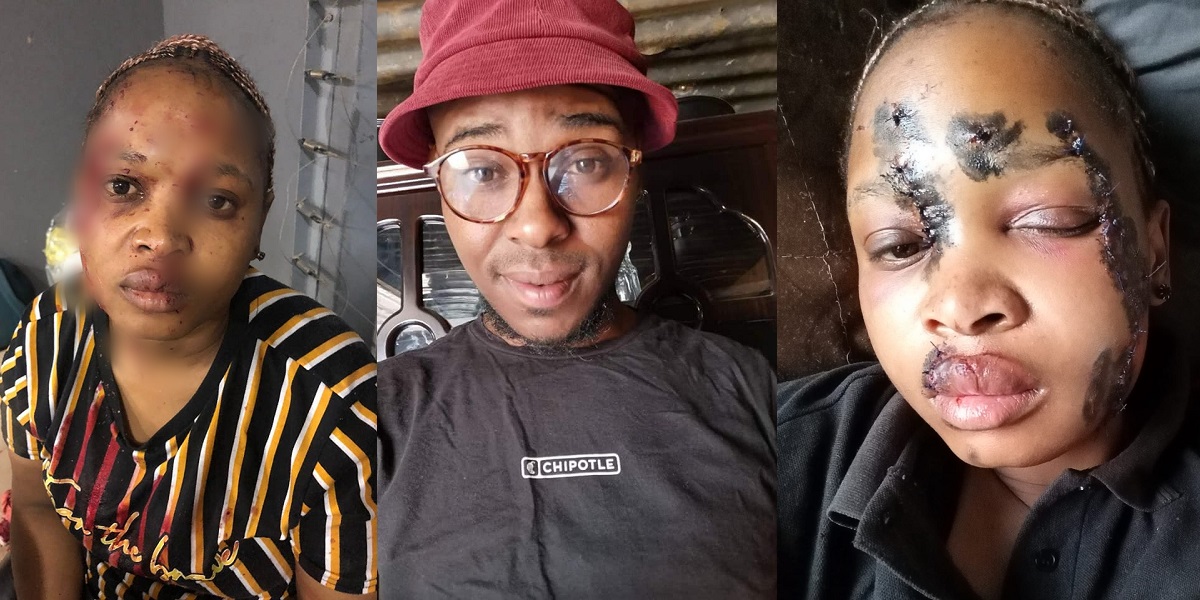 
A South African woman, Palesa Ya Seponono, has called out her baby daddy online after he allegedly attacked her with a broken bottle.

The woman took to her Facebook page to share photos of her disfigured face after the attack.

In photos that Seponono shared, she had her face stitched, and she claimed it was a result of the attack from her child’s father, whom she identified as Thabo Lietsoso Sempe.

“He decided to do this on my face, I didn’t want to talk about it, but I just can’t. This is the way I look now,” she wrote.

Giving an update in a subsequent post, the lady revealed that the Welkom Magistrate Court on Thursday, November 24, granted R500 bail to the suspect, who was standing trial for the alleged assault.

The aggrieved lady, Seponono, who declared that the world has failed her, wrote,

“Welcome to South Africa where you can do this to a woman and get a R500 bail wow. The world can fail me but God will never fail me shame even in these situations he is still my Lord and savior. God work overtime to save my life, the opportunity is yours.”

See her posts below,