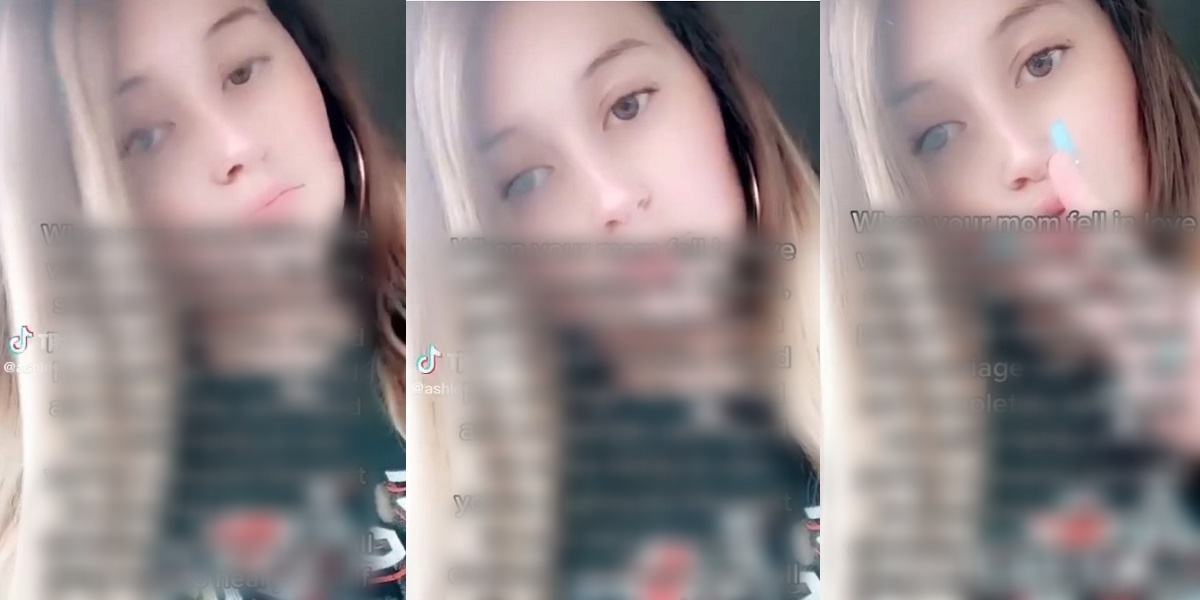 
A Caucasian lady has taken to social media to recount how her mother’s illicit affair with a Nigerian scammer destroyed their family.

In a video posted on Tiktok, the lady disclosed that her mother kept sending money to the scammer and sent $20,000 within the space of six months.

She said the affair ruined her mother’s marriage to her father and also broke their family apart.

According to her, while she’s still trying to heal from the trauma, she has also become her father’s therapist because the affair destroyed him.

“When your mum fell in love with a scammer in Nigeria, sent him 20 bands over a period of 6 months, ruined her marriage with my dad and completely destroyed our entire family.

“Now you’re a personal therapist for your dad because it obviously destroyed him, all why trying to heal yourself.”

In other news, a viral video shared on Tiktok has captured how a young diver who had been lost at sea for hours was miraculously saved by his family.

A strong Gulf Stream current pulled 22-year-old Dylan Gartenmayer away from his other divers late last week as he was spearfishing in Key West.

Dylan, who claims to regularly free dive 100 feet or more, made one final dive as the water conditions deteriorated. As soon as he reached 35 feet, the current yanked him down to 150 feet and kept him there for about two minutes.

“So that’s how I ended up getting separated. They were mainly looking down, thinking I blacked out from a lack of oxygen. I had a bunch of bait floating up around me and everything. I knew that there were big fish eating those baits and there were sharks that were going to be shortly behind them. I was ready to fight the night out, but I’m glad I didn’t have to.” Dylan told local NBC 6.

Family members, who had been searching for Dylan for two hours, spotted him and shared a video of the moment show their cheers of celebration, with people hugging the 21-year-old after he gets on the boat.

Dylan, for his part, said he will be diving again very soon.