Govt’s non-prosecution of culprits to blame for increased corruption 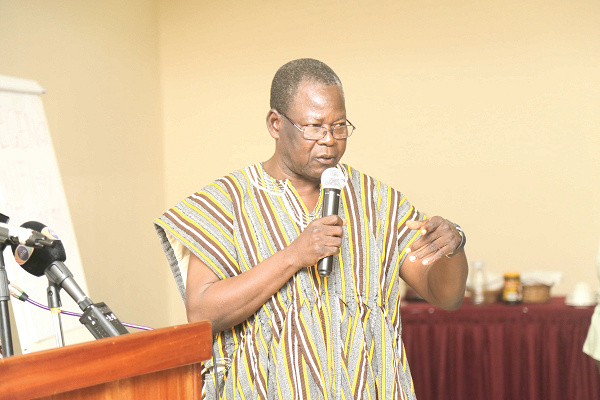 
Anti-corruption crusader, Vitus Azeem has attributed the increasing rate of corruption in institutions to the lack of commitment on the part of government to ensure the prosecution of offenders.

According to him, institutions including the Office of the Auditor General have consistently released reports which expose corrupt practices by some officials.

These officials are however not tried in a court of law.

His comments follow a survey conducted by the Center for Democratic Development (CDD-Ghana) which revealed the ranking of top 10 state institutions perceived to be corrupt.

“From 2020 to 2022, how many cases are before the courts from the Office of the Special Prosecutor? How much money has the Office recovered from corrupt practices? It is just not about the setting up of the institutions and claiming to be giving them money.”

“Every year, the Auditor General comes out with its report, and it ends there. How many people have been prosecuted from the audit report? Government has set up institutions and is financing them, and so if we are not seeing the results, it cannot boast that it has resourced them.”

According to the Afrobarometer study undertaken by the CDD-Ghana, police are believed to be the most corrupt people in Ghana.

The Office of the Presidency followed in second place on the corruption perception.

At the bottom of the list, Non-governmental organisations, Private media and public media were viewed more favourably as being the least corrupt.

Per the report, 77 percent of Ghanaians believe corruption has increased.

This figure has risen from 53 percent of Ghanaians in 2019.

Only 6 percent of Ghanaians currently believe corruption is reducing.

In line with this, the most recent Corruption Perception Index released by Transparency International showed that Ghana has failed to make significant progress in its fight against corruption.

Between 2020 and 2021, Ghana maintained its score of 43, which is still below the average, with countries scoring higher viewed as less corrupt and those with the least scores being more corrupt.

As far as fighting corruption is concerned, fewer than 30 percent of Ghanaians believe that people can
report corruption without fear of retaliation, which is a decline of 4 percentage points compared to 2019.

Among key public institutions, the Ghana Armed Forces, religious leaders, traditional leaders, and the courts are the most trusted.

In general, trust in institutions declined between 2019 and 2022, with trust in the presidency declining by 25 percentage points.