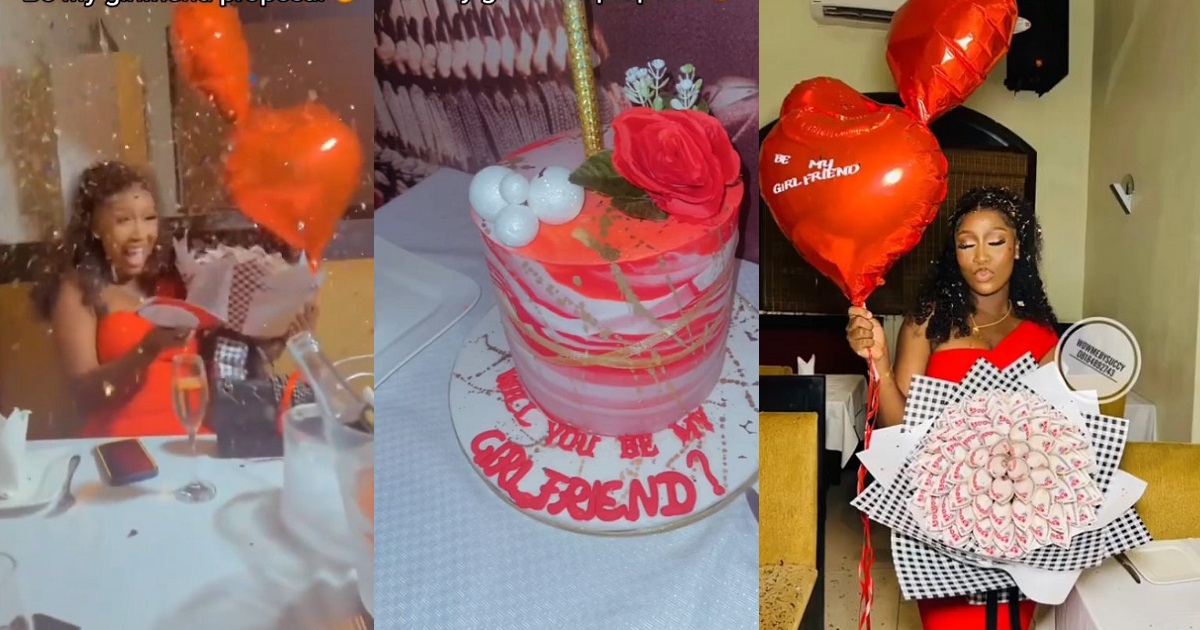 
You can only expect that should their relationship get to the next stage, where the gentleman asks that his girlfriend marries him, it’s going to be a grand proposal since just asking her to be his girlfriend is this phenomenal.

A man has raised the bar in the wooing game as a video showing the moment he asked a lady to be his girlfriend went viral on social media.

The video starts out with the lovely lady in a red dress while on a date with the gentleman and just as they are having a good time together in a fancy restaurant, the lady was presented with money roses, a card, balloons and a cake that had the inscription, “Will you be my girlfriend ?” on it.

She looked quite surprised and excited at the same time and it appears that she accepted her gentleman’s proposal.

As expected, social media users have had a bunch to say after seeing the viral video.. with many of them gushing over how cute and thoughtful the proposal was.

The relationship seekers were not left out in the comment section as they beckoned on God to come through for them, asking him questions like, “God when?, God am I a potato?” and all…