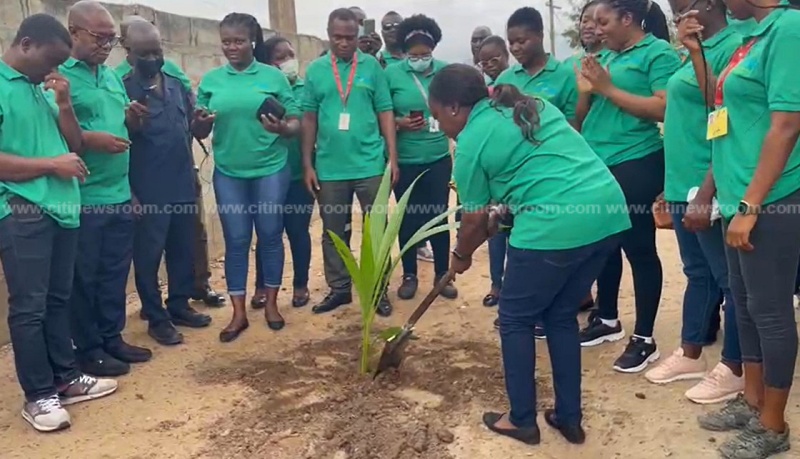 
Ghana has marked the 2022 Green Ghana Day with an attempt to plant 20 million trees.

The Green Ghana Day was introduced as part of a national afforestation and reforestation programme to restore the lost forest cover of Ghana and contribute to the global effort to mitigate climate change.

In the Ashanti Region, the Asantehene Otumfuo Osei Tutu II and the regional minister, Simon Osei Mensah led a tree planting exercise at the Royal Golf Park in Kumasi.

“Let’s all be stakeholders. Let’s all join hands to green Ghana. Let’s all bring back the Garden City of West Africa, which is Kumasi,” the regional minister said.

The team also inspected trees that were planted last year in the area.

In the Eastern Region, the Regional Administration set a target to plant 2.5 million seedlings in mainly in deforested areas in the districts and municipalities of the region.

Speaking at the event to mark the day in the region, Regional Minister, Seth Acheampong called on critical institutions and persons in the region to support the effort to Green Ghana.

“What has been conspicuously missing has been lack of action on the part of the population to work in harmony,” Mr. Acheampong noted.

In Northern Ghana, the Deputy Minister for Lands and Natural Resources, George Meriku Duker,
has urged residents in the Northern region to guard the green Ghana project against bushfires.

“This is in a way to sensitise our people to preserve our heritage,” Mr. Duker said.

Some MDAs also moved to make areas under their jurisdiction greener, like the Ministry of Railway Development, which planted trees at some railway stations in the country, including the Afienya and Doryimu train stations.