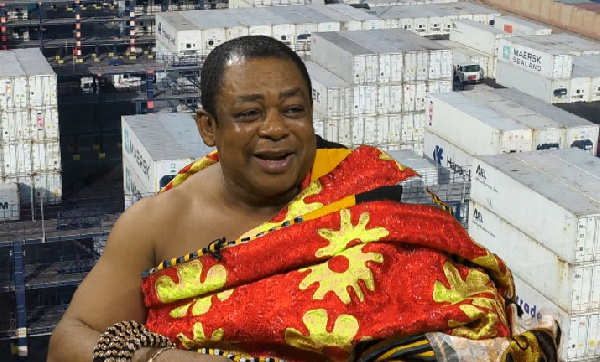 
Appiagyei Dankawoso I, President–General of the West Africa Nobles Forum

The president-general of the West Africa Nobles Forum, Nana Dr Appiagyei Dankawoso I, has entreated Ghanaian youth to respect the elderly and authority.

According to the Omanhene Kyeame of Asante Juaben Traditional Area in the Ashanti Region, he had taken notice of the disrespectful attitude by some youth at various institutions of the country, hence the call.

“It is sad to see the lack of respect for the elderly and authorities in our schools, churches, towns and the nation. The youth do not seem to have respect for authority”.

“Let us start this year by showing respect to God and those in the helm of affairs”, he said in a statement signed and issued by him on Wednesday.

WANF is a non-governmental group of more than 3,000 eminent personalities from various fields of work across the sub-region. Established in 2003, it aimed at promoting integrity and accountability as well as driving socio-economic integration.

Touching on career progression, Nana Dankawoso noted that it would be difficult for workers to achieve their goals without being ambitious, but entreated them to control it to not hurt others.

“There is nothing wrong with ambition. Those who never set goals and strive to reach them never achieve anything. You must, however, control your ambition as you should never hurt others to achieve your own ends,” the statement said.

According to him, despite the conditions in the country influenced by the kind of government in power, rebellion should not be an excuse to seek better living conditions.

“Our duties as citizens are conditioned by the kinds of government we live under or by the character of the rulers that we serve, but we must remember that strong disagreement with the way things are run is no excuse for rebellion”, he said.

Nana Dankawoso l, who is the immediate past president of the Ghana National Chamber of Commerce and Industry, charged employers to develop a healthy relationship between their employees by exhibiting a high level of integrity in order to win their trust.

“You must have the highest ethical and moral standards – integrity. In other words, your employer should be able to trust you loyally, with money and his time. Once your boss learns that he can trust you, he will give you more and more responsibilities,” he said.