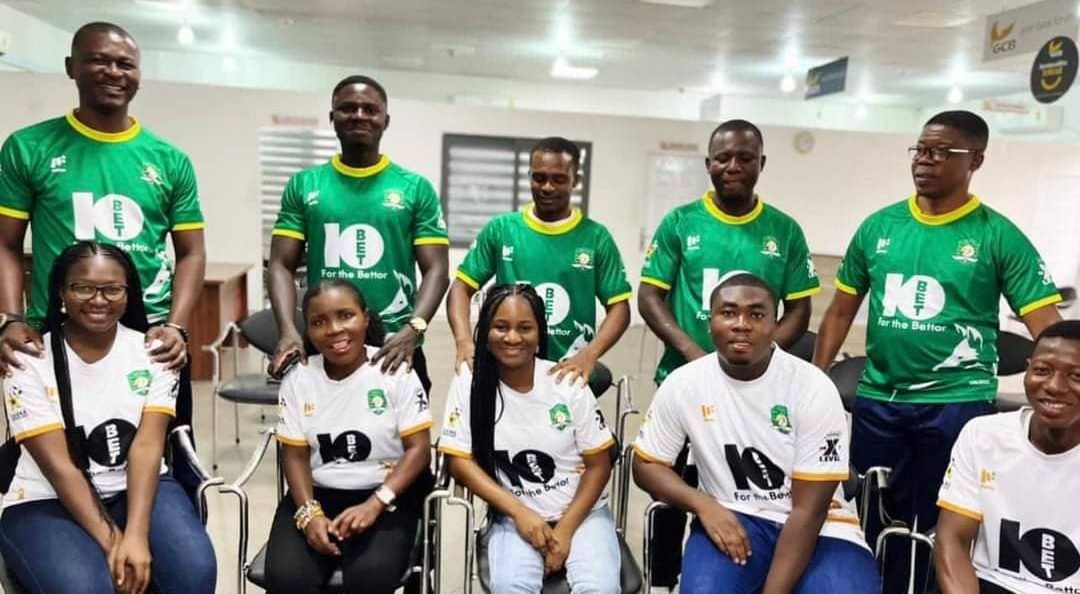 
As part of GCB Bank PLC’s activities to celebrate the global customer service week, the Bank has developed a weeklong schedule of events, daily dress codes and activities to delight customers and also improve morale and teamwork amongst staff.

On Tuesday, staff of the Bank donned replica jerseys to emphasize the concept of teamwork.

GCB Bank’s Dormaa Ahenkro Branch has received praise from stakeholders for dressing in the replica jersey of Aduana Football Team, popularly referred to as “Aduana Stars”.

Aduana Stars, a professional football club, based in Dormaa Ahenkro, Bono Region of Ghana has been a long-standing customer of GCB Bank.

The team made history by winning the Ghana Premier League in 2010 on their first attempt with 53 points. The team also won the league in 2017 and the Ghana super cup in 2018.

“Aduana Football team, is a client of the Dormaa Ahenkro branch of GCB Bank and as an indigenous bank, we thought it wise to celebrate our own local team,” Dormaa Ahenkro Branch Manager, Mr. Samuel Nii Anyaa France stated.

The Branch has been praised by stakeholders as a classic case of excellent community engagement. The image of the branch in the beautiful Aduana Jersey which was initially shared by popular sports journalist, Saddick Adams on social media has been trending since Tuesday.

Commenting on the development, MD of GCB Bank, Mr. Kofi Adomakoh, stated that GCB is the only bank with an extensive nationwide presence, and this gives us the leverage to offer banking services to all Ghanaians including the strong, formidable and dominant side like Aduana Stars.