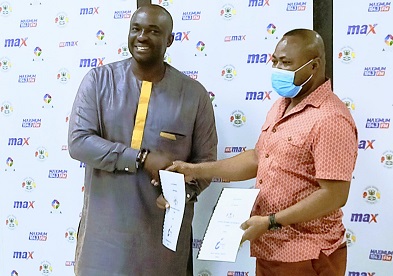 In a breakdown of the deal, the GBA would be handed $450,000 annually for two seasons to stage the competition with December 26 of every year earmarked to climax the season with a grand finale.

That would cover boxers’ purses, ring officials and the organisation of the fights.

A total of 12 gyms have confirmed their participation with contests expected in all weight divisions.

Speaking at the launch and signing, President of the GBA, Mr. Abraham Kotei Neequaye said the deal was a milestone that confirmed his outfit’s vision to create a vibrant scene for boxing.

Ultimately, Mr. Neequaye was confident the league would become a breeding ground to raise the next generation of world champions for the sport.

He said the healthy competition and stipends to boxers would keep them motivated, passionate and in shape for international bouts.

He said a two-week window would be instituted every month to allow promotors and matchmakers to stage international bouts; insisting that the league would not affect the staging of such bouts.

Mr. Fadi Fattal of Imax Media Group, indicated that the agreement with the GBA granted them sole broadcast, managerial and promotional rights over the Ghana Boxing League and said they were ready to deliver high quality boxing content that would serve boxing lovers in the country.

It will also promote local boxing which he believed was filled with great talent that needed such a platform to excel.

A representative from the Ministry of Youth and sports (MoYS), Mr. Eric Mensah Bonsu, lauded both parties for the initiative and pledged MoYS’ support for the event.