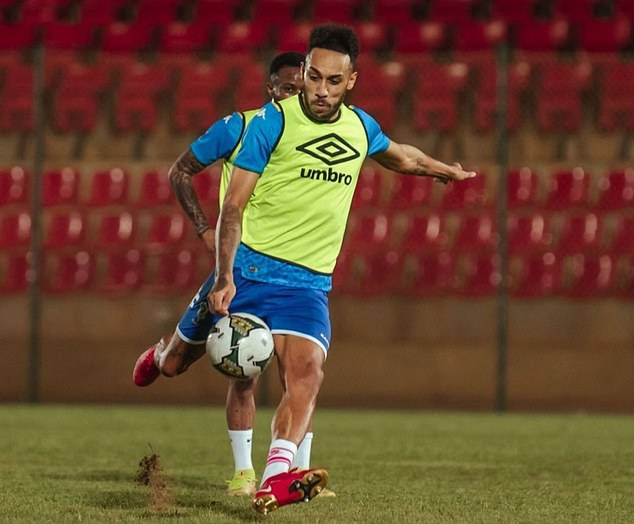 Gabon superstar, Pierre-Emerick Aubameyang is set to return to England from Cameroon after being diagnosed with cardiac lesions at the 2021 TotalEnergies Africa Cup of Nations (AFCON) tournament.

The Arsenal striker is one of 28 players that Gabon travelled to Cameroon with for the ongoing continental tournament.

Unfortunately, he tested positive for the Covid-19 on arrival at the airport in Cameroon and hence has to miss his side’s opening game against Comoros.

Subsequently, he was in line to feature against Ghana on Friday but again returned a positive for Covid-19.

Following a check by Confederation of African Football (CAF) medical officials, it has now been found that he has “cardiac lesions”.

After a statement to confirm the diagnosis by the Gabon FA, the player has now been ruled out of the AFCON tournament.

He is set to travel back to England for doctors at Arsenal to have a look at him. Meanwhile, his Gabon side will take on Morocco in a final Group C match of the 2021 AFCON on Tuesday.