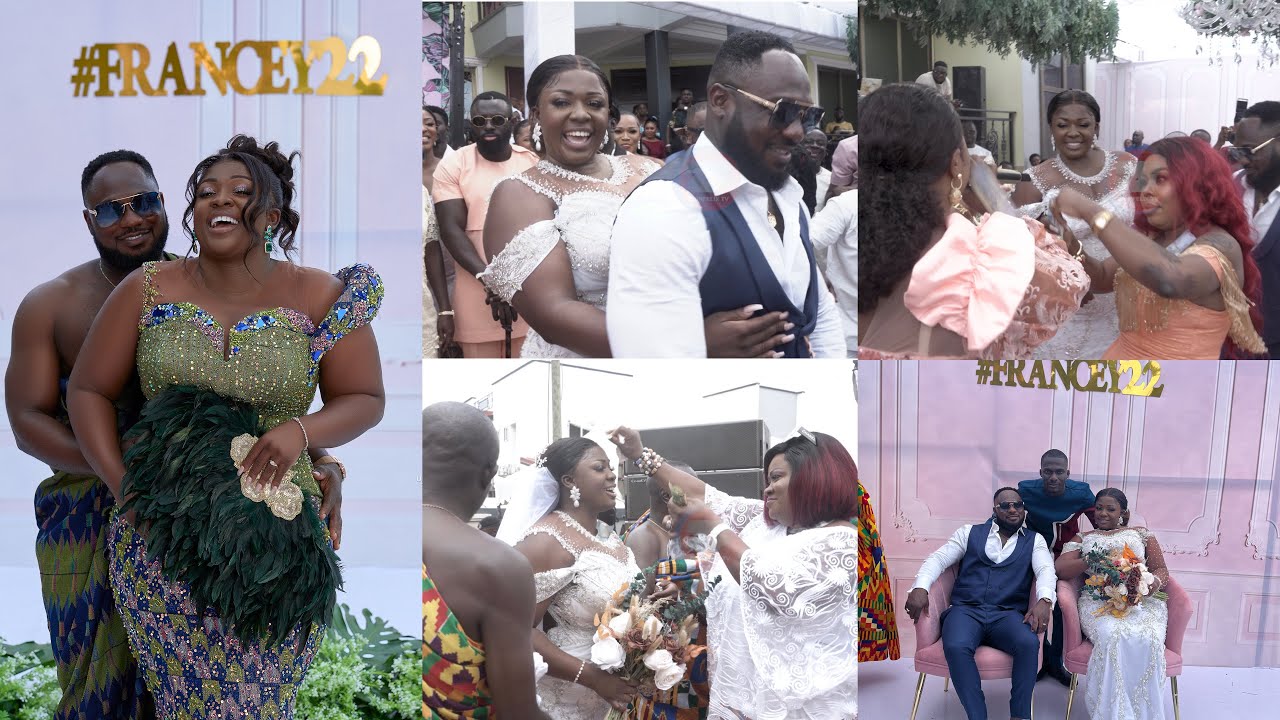 The ceremony was strictly by invitation, however, it was well attended.

Many of the top players in the Ghanaian film industry and some from the music industry were at the customary and white wedding ceremony to share the joy of Tracey Boakye and her husband, Frank.

In the video available to zionfelix.net, the likes of Piesie Esther, Obaapa Christy, Brother Sammy, Jack Alolome and many others took turns to perform their melodious songs to entertain the guests at the ceremony.

They were seen blowing some cash on Tracey and her husband when they took the stage to dance.

Generally, the #Francey22 wedding was an interesting one and it is pretty much obvious that the guest enjoyed themselves because there was a lot of food and drinks to accompany the songs.