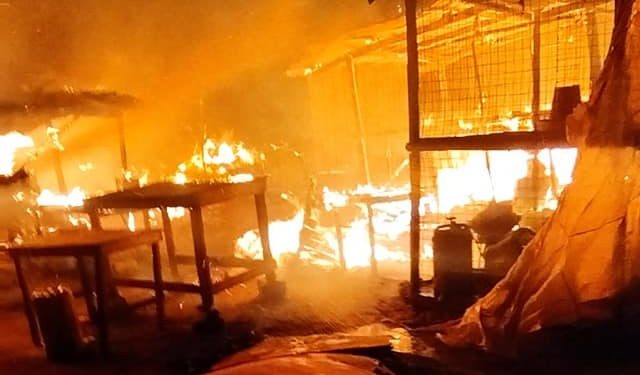 
Three carpentry shops and a pepper Mill have been destroyed by a fire outbreak at Sofoline in the Ashanti Region.

Other structures were also affected by the fire.

According to officers of the Ghana National Fire Service, the fire started at about 8:30 pm on Friday.

Although there were no casualties, the fire affected properties after it spread through the structures.

The officers are pointing to a fire that was left unattended to by a woman who was cooking close to the structures although they are yet to conclude investigations.

Ashanti Regional Public Relations Officer of the Ghana National Fire Service, D.O 3 Peter Addai who narrated the incident to Citi News said the timely intervention of his personnel prevented the fire from spreading to other shops.