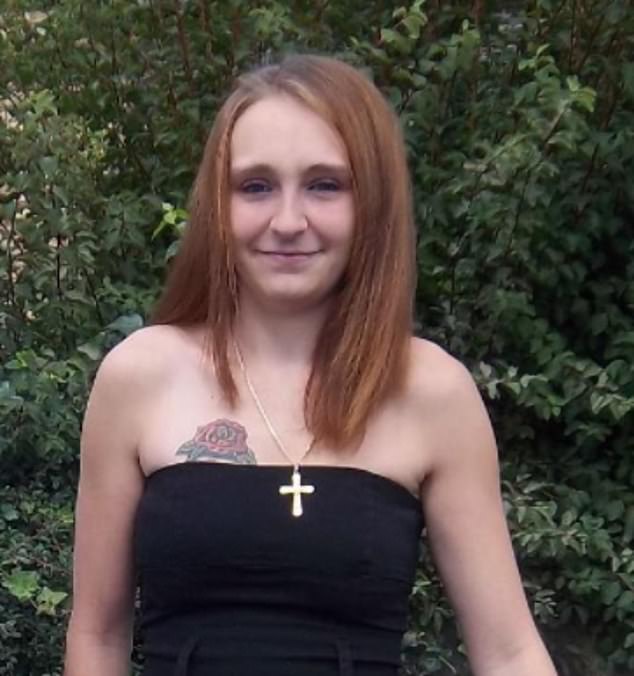 
A mother, her two children and a friend who were found dead at a sleepover were all killed in a ‘violent attack’, a coroner’s court has heard.

The bodies of Connie, her friend Lacey Bennett, also 11, Lacey’s 13-year-old brother John Paul Bennett, and the siblings’ mother Terri Harris, 35, were discovered at a property in Chandos Crescent in Killamarsh, Derbyshire on September 19.

Damien Bendall, 31 – the boyfriend of Ms Harris – has since been charged with all four of their murders.

Police officers notified colleague at Derbyshire Constabulary who were dispatched to Chandos Crescent in Killamarsh, the inquest was told.

Mother Terri Harris (pictured), her two children and a friend who were found dead at a sleepover all died as a result of a ‘violent attack’, a coroner’s court has found

The bodies of Lacey Bennett, 11, and Lacey’s 13-year-old brother John Paul Bennett, were discovered at a property in Chandos Crescent in Killamarsh, Derbyshire on September 19. A coroner today found they had died in a violent attack

Connie Gent, 11, was at a sleepover the night before she was found dead alongside friend Lacey, John and Terri Harris

Upon arrival, cops were met by Bendall and discovered the four bodies at they entered the house.

Detective inspector Graham Prince told the court: ‘At 7.26am on September 19, Derbyshire Constabulary was contacted by Dorset Police after they received a telephone call about the safety of Damien Bendall.

‘The call to Dorset Police was made by a relative of Bendall’s. Derbyshire officers were dispatched to Chandos Crescent at around 7.39am and were met by Bendall.

‘Following a conversation between Bendall and officers, officers entered a property and located the bodies (of Terri, Lacey, John Paul and Connie).

‘A short time later, paramedics arrived at the scene and they confirmed that all four were deceased.’

Boyfriend Damien Bendall, 31, has been charged with four murders at the Derbyshire sleepover on Sunday

He confirmed that following this Bendall was arrested on suspicion of the murders of all four people, and was taken to hospital before going to the police station.

He spoke only to confirm his name, date of birth and address during a brief four-minute hearing and did not enter a plea.

Emotional tributes were paid to the children by their parents as a vigil was held on Monday to remember them.

The three children and parent were found dead in Killamarsh, which is near Sheffield but over the county border in Derbyshire

Charlie Gent said ‘my little girl has gone’ and ‘I don’t want anyone to ever go through what I am going through right now’ after losing his daughter Connie.

The devastated father said he ‘can’t put into words or even how to feel or react’ when asked about the attack that left his daughter dead.

Meanwhile Jason Bennett collapsed in tears as he laid flowers for his children Lacey and John Paul at the property.

Mr Bennett stayed at the scene for more than half-an-hour on Monday, and said he was ‘heartbroken; million pieces; shattered’.

Mr Bennett, the father of two children found dead alongside their best friend and mother, at the house

Derbyshire Police said a 31-year-old man had been arrested on suspicion of murder at the scene, with officers not having any prior contact with those involved.

The authorities had only been called to the scene at 7.30am amid concerns for a man – understood to be the now-arrested suspect – before finding the four victims.

Murder squad detectives are also probing activity at the property at 9.45pm the night before – with any witnesses who heard or saw anything sought – while questions remained over what could have sparked the killings.

Hundreds of mourners headed to Baker Park, a children’s play area behind Chandos Crescent, at 6.30pm for an emotional vigil to the victims on Monday night.