Foto Copy explains how he managed to feature Shatta Wale 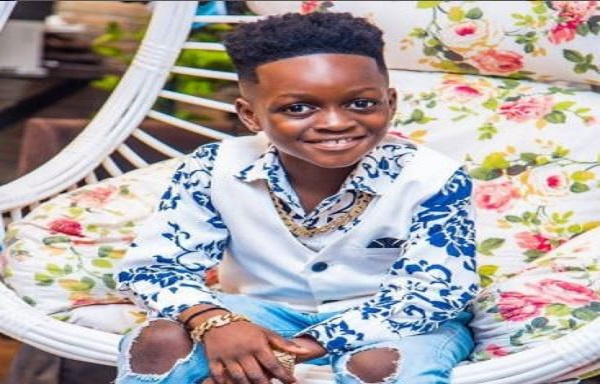 Fast-rising Ghanaian juvenile singer and songwriter, Foto Copy, has disclosed how his mystery music feature with Shatta Wale came about.

Speaking in an interview with Y 97.9 FM’s Macall Mensah during the ‘Entertainment podium’ show, Foto Copy mentioned that, award-winning act Shatta Wale contacted his management to express his interest in producing a record together. He also disclosed his state of disbelief after the news was broken to him until he spoke to dancehall act personally.

Speaking to why he has started his music career at the age of eight.

The ‘School Dey Be’ hitmaker described himself as “a guy who likes music and has a passion for music.”

He added that he felt he had no competitor in the music industry and hinted at a collaboration with the president of the ‘Sad Boyz’ Black Sherif.

He entreated all his fans and listeners to stream his songs on all digital platforms and expect a lot from his team this year.

Foto Copy is an eight-year-old singer and singer. He broke onto the music scene in April 2021 after releasing his first single ‘Megye Me Dow’ which featured rapper and comedian Clemento Suarez and Qwaachi.