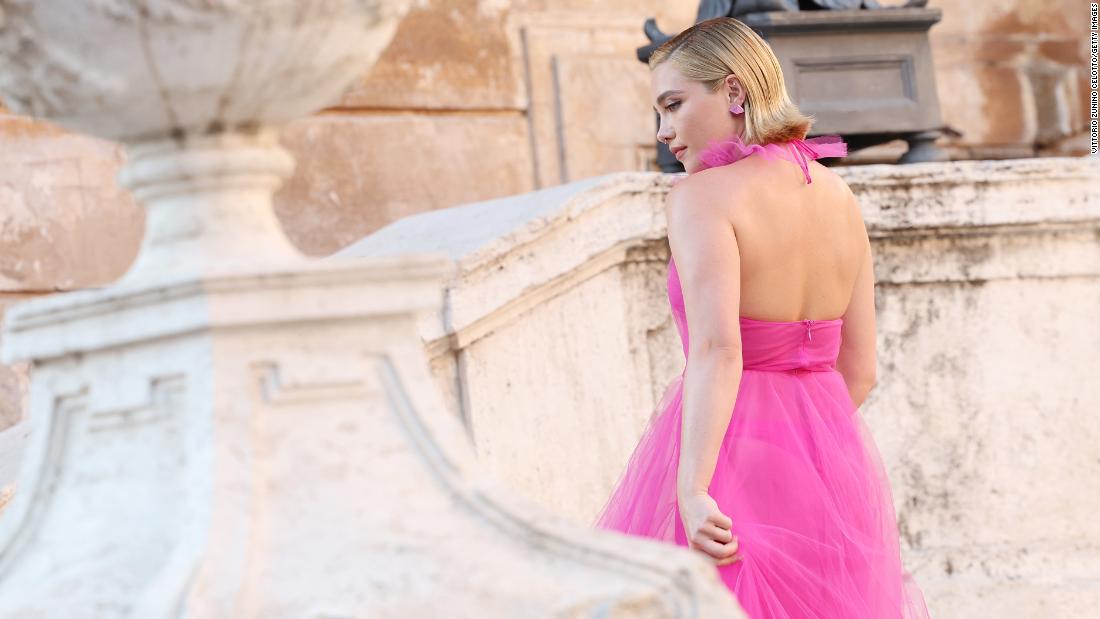 Florence Pugh wants the world to know she is proud of her body — nipples and all.

The “Black Widow” actress has addressed the “aggressive” and “vulgar” criticism she received after sharing a picture on social media of the sheer gown she wore to the Valentino haute couture show in Rome.

Pugh made a bold statement on Friday in the sheer pink, tulle, halter-neck gown. And while many fans loved the look, critics took issue with her visible nipples.

In an impassioned Instagram post shared on Sunday, the 26-year-old British star revealed that she had been bombarded with negative messages about the dress and her body.

According to Pugh, while she expected “commentary” on her choice of outfit, it was interesting to witness just how easy it is for “men to totally destroy a woman’s body, publicly, proudly.”

“It isn’t the first time and certainly won’t be the last time a woman will hear what’s wrong with her body by a crowd of strangers, what’s worrying is just how vulgar some of you men can be,” she wrote to her 7.5 million Instagram followers.

Pugh went on to say she had come to terms with “the intricacies of my body” and was content with “all of the ‘flaws’ I couldn’t bear to look at when I was 14,” before hitting back at the detractors.

“So many of you wanted to aggressively let me know how disappointed you were by my ‘tiny tits’, or how I should be embarrassed by being so ‘flat chested,'” she wrote, adding: “I’ve lived in my body for a long time. I’m fully aware of my breast size and am not scared of it.”

Calling out the social media users who body-shamed her, she wrote: “What’s more concerning is… Why are you so scared of breasts? Small? Large? Left? Right? Only one? Maybe none? What. Is. So. Terrifying.”

She then advised those who left derogatory comments on her post to “Grow up. Respect people. Respect bodies. Respect all women. Respect humans.”

Pugh signed off the post by alluding to Instagram’s ban on photos of female nipples, adding the hashtag “#f**kingfreethef**kingnipple.”

Pugh’s post was hailed by fans and fellow celebrities, who left messages of support. Actress Joey King wrote: “You are truly so amazing. You put into words what so many feel but can’t articulate.”

Actress Aubrey Plaza said: “ok this is what i been sayingggg.”

TV personality and social commentator Jameela Jamil wrote: “You’re a magical f**king queen and we do not deserve you.”