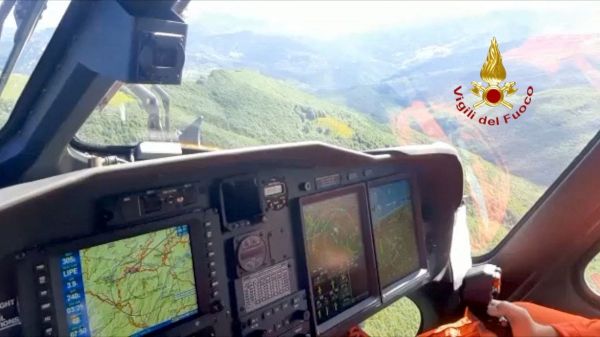 
Five people were killed after a helicopter crash in Italy, a regional governor said on Saturday, and two passengers were still missing two days after the aircraft vanished from radar screens.

Eugenio Giani, the governor of the Tuscany region, wrote on Facebook the helicopter crashed in a mountain area at the border between Tuscany and the Emilia Romagna region. The bodies of the five dead were found on Saturday.

Advertisement · Scroll to continue
The helicopter took off on Thursday from Lucca in Tuscany and was heading towards the northern city of Treviso when it disappeared from radar screens after hitting bad weather above a hilly, wooded area.

Seven people were aboard the helicopter, including four Turkish businessmen working for Eczacibasi Consumer Products, a subsidiary of the major Turkish industrial group, Eczacibasi (ECZYT.IS). They had been attending a paper technologies fair in Italy, the company said in a statement. read more

Advertisement · Scroll to continue
According to Lebanese state news agency NNA, the other two passengers were Lebanese.