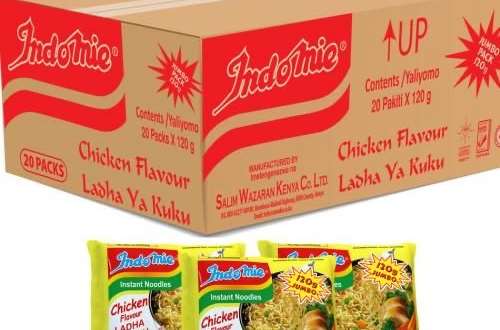 
The Food and Drugs Authority (FDA) has cautioned the public to be on high alert for an unregistered type of noodles called ‘Indomie Instant Chicken Noodles’ with the ‘Ladha Ya Kuku’ inscription on the label.

It says checks reveal that the product, which contains high levels of aflatoxins and pesticides is dangerous for human consumption.

According to the Authority, the product which has been cited in Kenya and Egypt has not made its way into the country yet.

Speaking to Citi News, the Director of Legal and Corporate Affairs at the Food and Drugs Authority Joseph Yaw Bernie Beenie, said it has increased surveillance on the markets. He urged the public to report to the FDA if they sight it.

“We received information from a sister organization in Rwanda indicating that they have observed and seen a brand of Indomie on their market and manufactured in Kenya, and it is in Egypt. What happened was that they realized that this particular brand has high levels of aflatoxin and pesticides. And of course, these are not healthy products for consumption. So, they had to recall them from their market too.”

The Authority also directed persons in possession of the unregistered Indomie products to contact the FDA immediately.

“What we are telling Ghanaians is that the Indomie we have on our markets is safe for consumption.  However, if anybody sees any of the brands which are not manufactured in Ghana, they should not consume it, and they should report it to us for us to take the necessary actions”.

He said the only Indomie Instant Chicken Noodles product on the Ghanaian market is manufactured in Ghana or occasionally sourced from Nigeria.

He added that FDA’s surveillance teams are monitoring the markets for any of these unregistered Indomie products and will not renege on its mandate to protect public health and safety.