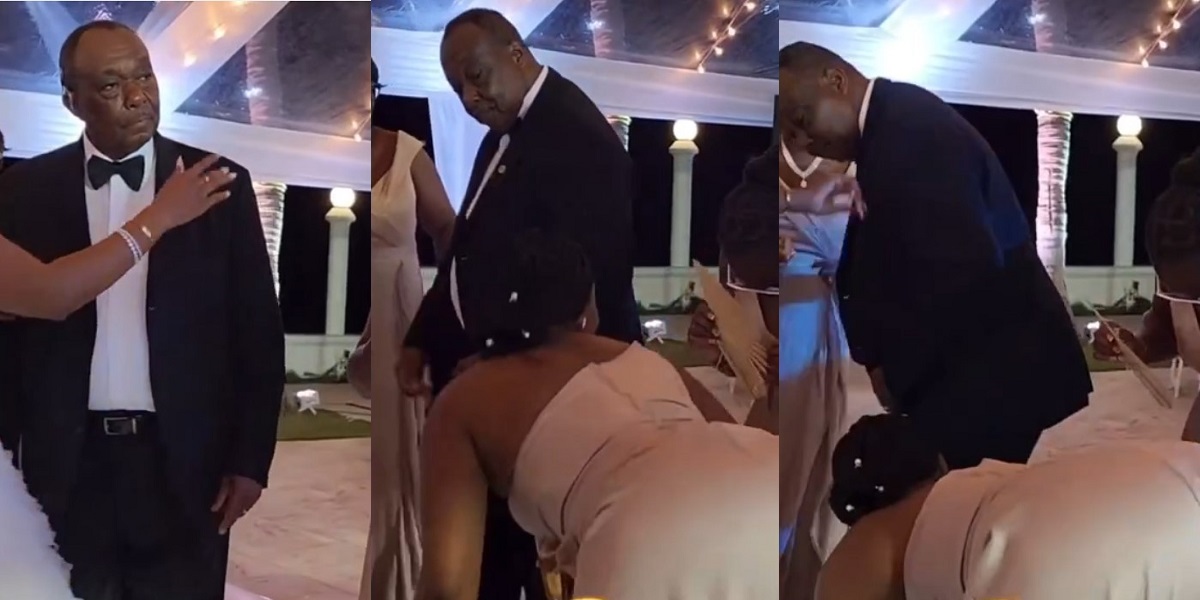 
A video trending on social media captures a father’s epic reaction to his daughter twerking up a storm at a wedding.

In the viral video filmed at a wedding reception, the young lady, her father, the bride and other bridesmaids, were dancing together on the stage when she bent over and started jiggling her backside.

Her father noticed what she was doing and gave her a hard stare which automatically ‘reset her brain’. She instantly stopped dancing and left the platform.

Interestingly, the father kept staring at her intently like he wanted to scold her in public until the bride, believed to be his daughter also, told him to let it go.

The video has sparked hilarious reactions online as netizens share their opinions about African parents.

See how some reacted below,

@rachael_chinelo wrote, “African Dads, no matter how much they love their children, they can never tolerate nonsense from the children. Kudos to all our dads, may God bless and keep them in good health.”

@just_debbie_ wrote, “You can’t tell me nothing, black parents have a group chat cos how tf do they all behave the same way?”

@ace_tlg wrote, “Her Dad said “Really!? 😒😏” without saying a word 😂😂 Reminds me of how our Mothers, used to communicate with us when we were much younger… once she gives you that eye contact, just cut every BS you bout to be on 😭😂💀”

@chocolate_Secret1 wrote, “Daddy would definitely revisit this matter at home😂”