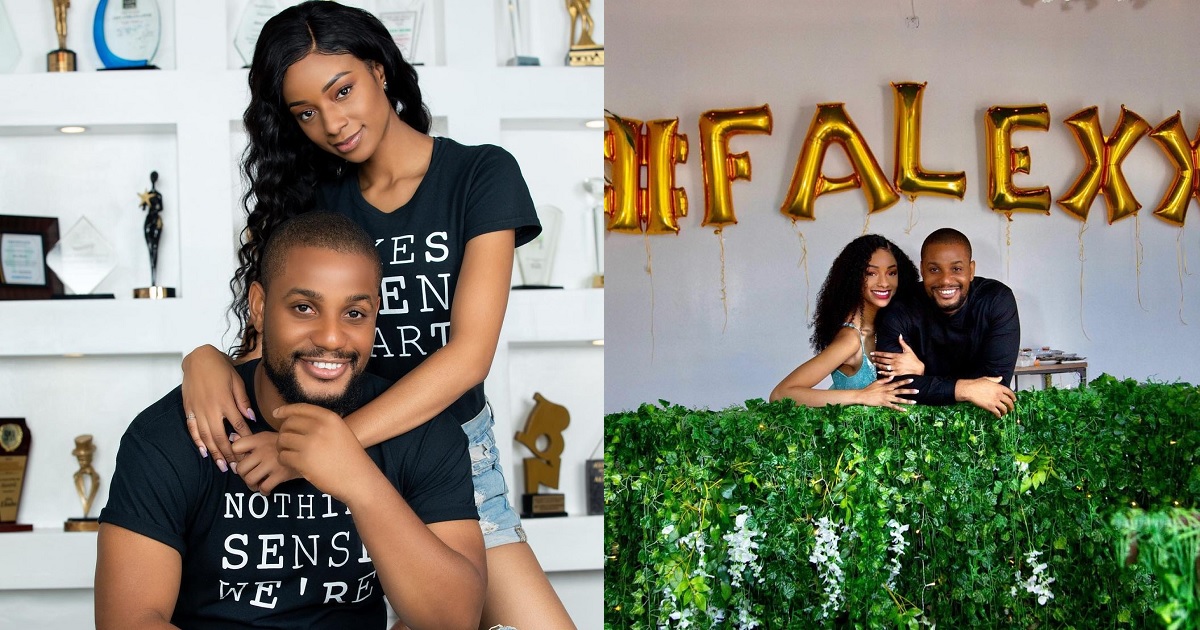 
Actor, Alex Ekubo’s ex-fiancee, Fancy Acholonu has taken to social media to apologise for her choice of words while announcing her separation from the actor.

It would be recalled that Alex proposed to Fancy in a beautiful way in April last year and they both went online to announce news of their engagement.

However, Fancy broke the internet when she announced that she has ended her relationship with the actor and would not be proceeding with the wedding.

“Hey guys I am writing to inform you all officially that I have ended my relationship and I have called off the wedding with Alex Ekubo,” she wrote part.

Stating that she was aware that the news would come as a shock to many, she however maintained that she had made the best decision for herself “because it is important that everyone finds their happiness and live in their truth.”

Many people interpreted it to mean that Alex is a closeted gay and she was telling him to ‘live his truth’.

Fancy has now come out to explain that her statement was misconstrued by the public and explained what she truly meant.

Read the statement she released below,