Facts about sharks that may surprise you 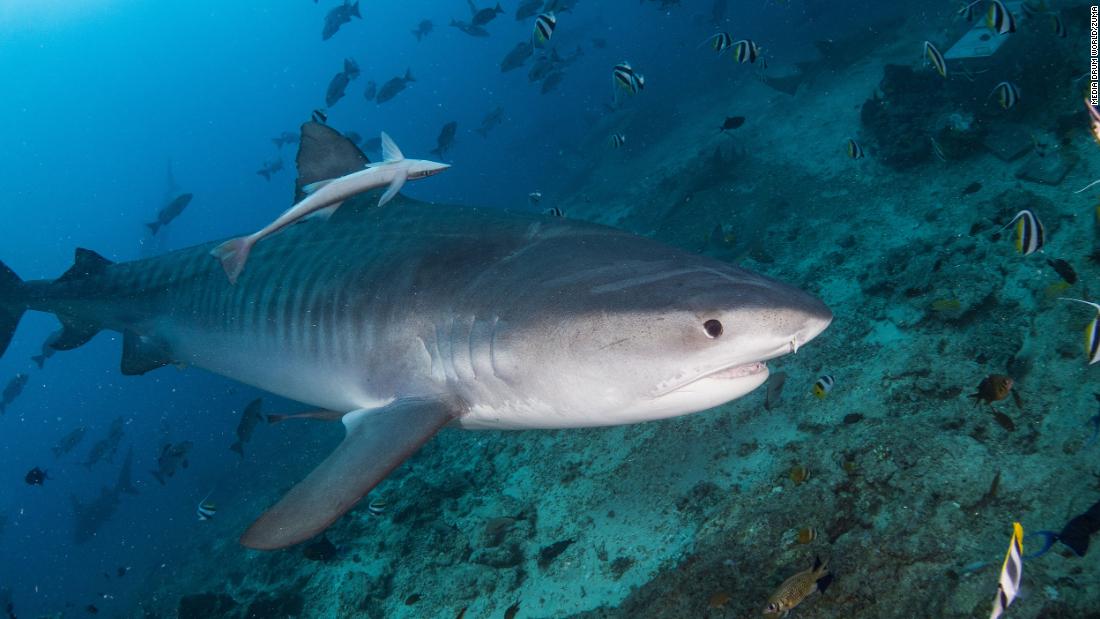 The 34th official Shark Week takes place from July 24 to July 30 on the Discovery Channel and aims to increase conversation and education about these ancient marine predators that are key to the health of the ocean. (Discovery Channel and CNN share parent company Warner Bros. Discovery.)
There are more than 500 species of shark. They are as diverse as the dwarf lantern shark, which is smaller than a human hand, and the whale shark, which can grow as long as a school bus, said marine biologist Michael Heithaus, professor and dean of the College of Arts, Sciences & Education at Florida International University in Miami. Given that there are a large number of unique species, some characteristics may be true for one species, but not another.
Sharks have been around for hundreds of millions of years, and while they continue to evolve, they are also in grave danger. Largely due to overfishing, shark and ray populations fell by 71.1% between 1970 and 2018, according to a 2021 study published in the journal Nature.

Sharks have one of the longest life spans compared with other animals.

Greenland sharks are the longest-living known vertebrate on Earth, according to a 2016 study published in the journal Science. Researchers using radiocarbon dating determined that the North Atlantic species likely lives an average of at least 272 years, and often doesn’t reach maturity until 150 years of age.

Greenland sharks can live for at least 400 years, scientists have estimated.

Sharks are older than trees and dinosaurs

Additionally, sharks have survived five mass extinctions, one of which wiped out around 96% of all marine life.

Sharks may be helpful for our environment

Tiger sharks, one of Australia’s primary predators, may help ecosystems respond to extreme climate events. The species’ prey, including green turtles, seabirds and stingrays, avoid shallow water, often areas with seagrass. As a result, the seagrass is able to grow to be bushlike and create a safe-haven nursery area for juvenile fish, shrimp and crabs, Heithaus said.

Seagrass absorbs the carbon that is in the atmosphere and uses it to build its body. When the seagrass dies, the dead material gets buried in sediment on the ocean floor, and the carbon is taken out of circulation, Heithaus added.

Researchers are currently trying to determine whether this phenomenon occurs for other shark species and in other places such as coral reefs.

“It seems like it’s more than just tiger sharks,” Heithaus said. “It’s probably these bigger species that play an outsized role in helping shape the ecosystems they’re a part of.”

On average, sharks give birth after 11 or 12 months of pregnancy, but some sharks, such as the frilled shark and basking shark can be pregnant for over three years.
Some sharks, like mako sharks and bull sharks, give live birth, while other sharks, like cat sharks, lay eggs, said Jasmin Graham, president and CEO of Minorities in Shark Sciences, based in Bradenton, Florida.
Long pregnancy terms, and the fact that some sharks take 10 to 12 years to reach sexual maturity, like the great white, further impact populations decimated by unsustainable fishing practices.

Sharks do not vocalize

Sharks are primarily silent creatures, as they don’t have organs for producing sound.

Instead of speaking, sharks communicate through body language, such as zigzagging, shaking and moving their jaws.

Sharks have a sixth sense — they can pick up nanoscopic electromagnetic currents. This extra sense can help them navigate the ocean and find prey, or even a mate.

“The minute electrical impulse that a prey’s brain sends to its heart to tell it to beat is detectable to sharks, so they can find hidden prey quite effectively,” Macdonald said.

Freya, the 1,300-pound walrus sinking boats in Norway, may be put down, authorities warn