Due process was followed in granting salt mining license to Electrochem 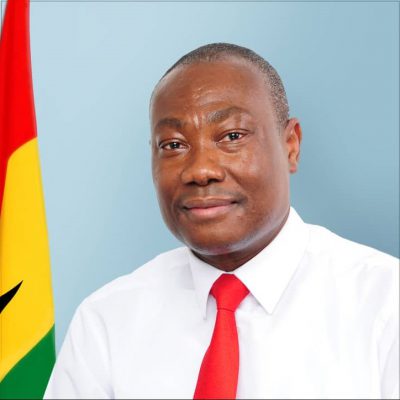 
Chief Executive Officer of the Minerals Commission, Mr. Martin Kwaku Ayisi, has said that due process was followed granting a mining license to Electrochem Ghana Limited to operate the Ada Songor salt concession in the Greater Accra Region.

He said the application went to Parliament for ratification and was subsequently gazetted.

He also noted that the land owners were accordingly given all the necessary documents that the law required the commission to provide.

“As a commission, we would not have sent anything to Parliament without going through the due process,” Mr. Ayisi emphasized.

He made these assertions in a TV3 documentary titled ‘Salt City’ which was aired by the station on Wednesday 20th April, 2022, to shed light on the largely underutilized salt concession and the enormous potential it holds when properly developed from its current crude and artisanal status.

He advised the stakeholders and the indigenes of Ada to look to the future, adding that “… the jobs alone that have been created and the infrastructure being put in place to improve the viability of the project speak volumes.”

“We will only get to know how much we have really lost by looking at what will come out in a year or two in terms of proceeds”, he added.

Corroborating Mr. Ayisi’s statement, the Deputy Minister of Lands and Natural Resources (mines), Hon. George Mireku Duker, noted that Electrochem Ghana has the requisite mandate from the Minerals Commission covering the property it is working on, making its operations legal.

He said the Minister for Lands and Natural Resources has duly signed all the needed licenses for the company on the recommendation of the Commission.

He urged all the parties to come together to make good use of the vast natural resource to help the development of the communities along the lagoon, the Ada state and the country as a whole.

Taking his turn to speak in the documentary, Chairman of the McDan Group of Companies, Dr. Daniel McKorley, said “Electrochem Ghana’s work will tell the story by itself.”

“Aside the ongoing effort to increase production and create more jobs, one thing we haven’t lost sight of is the integration of the local miners into our operations through the communal mining concept”, he said.

“We are making the people of Ada a part of the project, re-engineering their improvised ‘galamsey’ pans into standard community pans of modern architecture for more people to mine alongside our commercial mining. The good thing is that we will continue to scientifically look at the way they produce the salt to ensure it meets the standards required on the international market, give them free access to brine (sea water) through our reservoirs and provide them ready market after mining.”