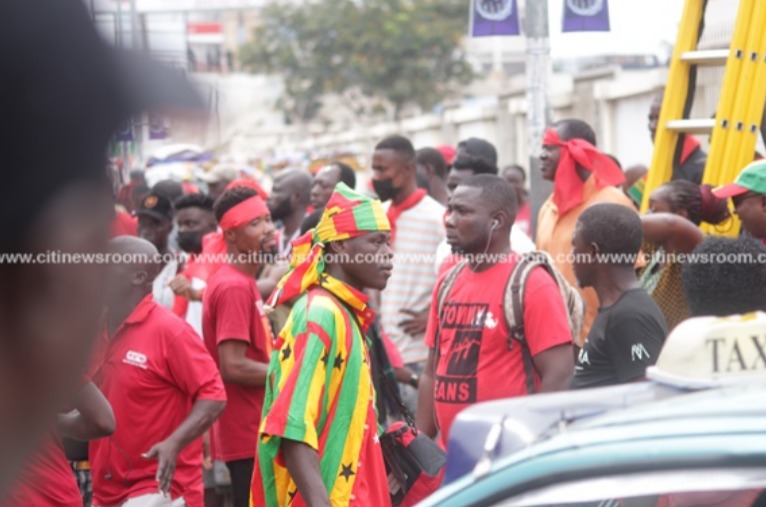 
Pressure group, Arise Ghana, has asked the Ghana Police Service to drop all charges against 31 of its members who were arrested during its demonstration two weeks ago.

During the protest on June 28, some protesters were arrested by the police.

The arrests, according to the Police, were as a result of the demonstrators’ involvement in attacks injuring some of its officers.

But at a press conference in Accra, leaders of the group say all innocent persons arrested, will have legal representation as they are poised to prove their innocence.

Bernard Mornah, a member of the Arise Ghana group, said the charges were frivolous and trumped-up

“All those arrested are innocent and never capable of any breach of any law claimed by the police,” he stressed.

“It is unfortunate that these innocent protesters arrested by the Ghana police service were starved as well denied access to their families, friends and counsel.”

Moving forward, he said Arise Ghana had arranged legal representation for all protesters “who are facing this harassment and persecution and shall stand by them every step of the way until their innocence is vindicated.”

The 31 were arrested after the Arise Ghana protestors and police officers clashed during the first day of the demonstration at the Nkrumah Interchange on June 28.

Police used tear gas, rubber bullets and water cannons to disperse the angry crowd, who were also pelting stones at the police.

The police service said 12 of its officers were left injured by the incident.

The suspects have been granted police inquiry bail.