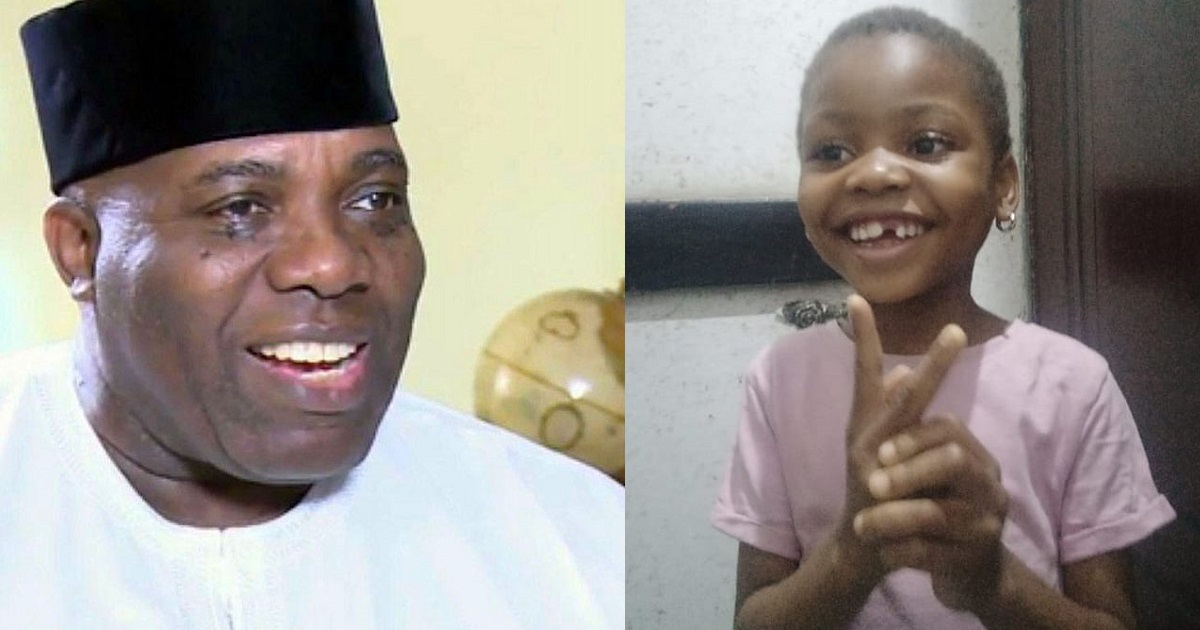 Okupe, who shared the testimony on his Facebook page, stated that the little girl had never spoken since she was born.

According to him, the 7-year old attended the monthly praise and worship session in his home with her dad in April, and shortly after the session, his little relative, who had never spoken a word before, began conversing in English with the other kids.

“This is Ojuoluwa Okupe. 7 yrs old daughter of my nephew who has never spoken a word since birth. On Sunday the 31st of April, a miracle actually happened. She arrived at my house with her Dad, for our monthly Praise worship. They both came in when the session was drawing towards a close.

However Ojuoluwa started playing with other kids around, and to everyone’s surprise she simply started having conversations with other kids and expressing herself clearly and distinctly in English language!! Our God is still in the business of performing MIRACLES!!!! Let us Praise and exalt His Holy Name.”

In other news, Pastor Blessed, the husband of gospel artiste, Mercy Chinwo, has said there is an anointing that can move a lady from a ”sister zone to a wife”.

The Pastor was speaking in reaction to the funny drama that had happened on social media shortly after they announced their engagement – Recall that Nigerians dug out a video where he was seen referring to Mercy as his sister sometime back.

Mercy shared a video from their wedding introduction where her husband jokingly said there is an anointing that can make a lady move from the ”sister zone” to becoming a wife.