Don’t preach me on fair play; we saw a chance and took it 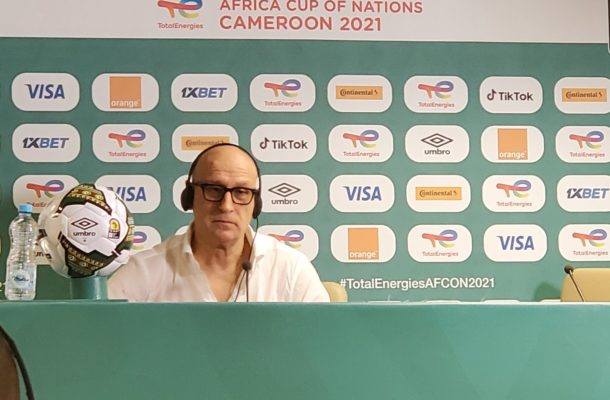 The Black Stars of Ghana are crying foul that their opponents broke football’s silent rule of fair play to score their equalizer.

But Gabon coach Patrice Neveu believes his side did the right thing as they saw a chance and took it.

Ghana scored in the first half through captain Andre Ayew’s long-range strike from outside the penalty box.

The Al Sadd forward sold the Gabon defender a dummy and shot from the edge of the D into the right bottom corner to hand Ghana the lead.

Kofi Kyereh sustained an injury and Ghana kicked the ball out for their teammate to be treated when play restarted Gabon affected the throw and went and scored through substitute Jim Allevinnah in the 88th minute.

He evaded the block of Andy Yiadom and shot across goalkeeper Wollacot to pull parity.

Gabon coach Patrice Neveu speaking on the mass brawl after the game says his side did nothing wrong as they saw a chance and took it.

“I respect Ghana but ‘Fair Play’ is an English word; we don’t have it in French. Fair Play means Ghana should’ve stopped trying to waste time and breaking the game. Don’t come and preach me on Fair Play. We saw a chance and we took it.”

Ghana will play Comoros in their last group game.