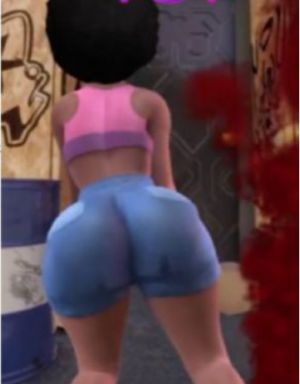 
The Paramount Chief of Anfoega Traditional Area, Togbe Tepreh Hodo IV, lost his cool at a recent event, grabbed the microphone from the emcee, rebuked a group of Borborbor dancers who engaged in twerking, and warned them not to “perform this kind of dance in our midst ever again.”

Activities lined up for the day were ongoing smoothly until a borborbor group from one of the towns was called upon to entertain the gathering.

While the dancers were engrossed in moving their waists and backsides to the rhythm and good tunes, the Master of Ceremony (MC) suddenly and surprisingly asked them to stop the performance.

However, baffled by the emcee’s signal to them, the determined dancers ignored the instruction and continued.

Apparently, their dress and dance moves were deemed provocative by the traditional leaders, hence the instruction for them to end the performance.

Since the dancers defied the order, Tepreh Hodo IV himself stood up, broke the protocol by grabbing the microphone from the emcee, and then ordered the dancers to exit the stage.

“There is something called protocol but I will break it. We don’t accept this type of dance here. Don’t come and perform this kind of dance in our midst ever again,” he said in the local dialect, as quoted by .

Interestingly, his intervention drew loud applause from the gathering.

Some local people who approved of the chief’s decision expressed reservations about how some young people have sought to change the face of ‘borborbor’ with what the indigenes refer to as inappropriate dancing styles.

Borborbor is the traditional dance of Ewes in the middle belt of the Volta Region. It has been in existence for years and often comes with delightful choreography that attracts many people. It is performed at public gatherings by both men and women, with the latter making rhythmic moves, including the shaking of their backsides vigorously.