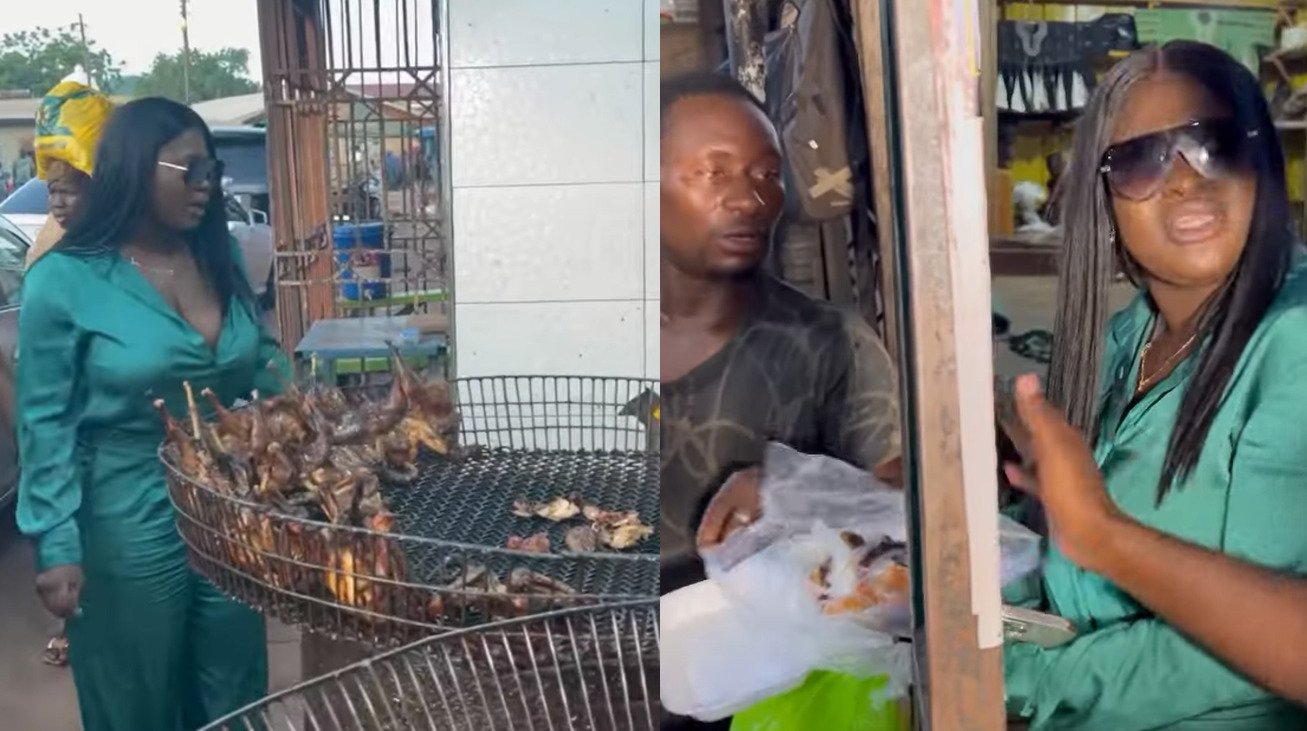 The preparation so far has been great according to our sources in the region.

While the preparation for the concert which is slated for Saturday, May 14, has been smooth so far, the ‘Weather’ hitmaker decided to take a walk on the streets of Tamale and get some of their favorite ‘akofem’ and other meat delicacies — after all, how will one talk about time spent in Tamale without any detail about how the meat tastes.

Well, they got some of the meat for sure but the purchasing of it did not end without some drama.

After Sista Afia and her manager had bragged to the meat seller not to worry about the price of all they were requesting in the video available to zionfelix.net, Sista Afia ended up getting into a confrontation with the seller after she was not satisfied at all with the meat she was given.

This got her into a little hilarious confrontation with the seller but it even lasted for just a few seconds.

Watch the funny moment below