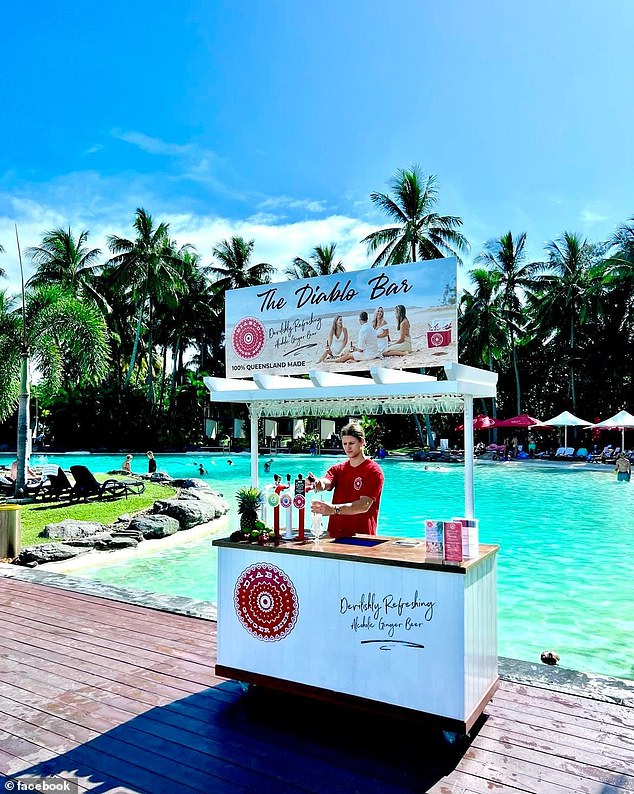 
A female marketing manager sacked for a ‘racist’ remark has won her unfair dismissal court battle against her boutique alcohol employer.

Kristy Steel challenged the decision of Diablo Co to terminate her employment before the Fair Work Commission in Brisbane.

She had been working for the company for about 10 months, selling branded cans to clients, when she was called into a meeting with her boss.

Ms Steel was dismissed on June 24, 2022 from her job after she said ‘same same’ when she was reminded her colleague was Argentinian and not Brazilian.

The Fair Work Commission last week ruled her employer’s behaviour was ‘capricious and spiteful and very unfair to label her a racist person’.

Ms Steel was informed in a letter her contract would be terminated because of comments she made in ‘jest’.

‘You are being terminated because on June 20, 2022, you had a phone conversation with an employee of Diablo Co which constitutes harassment and racial comments based on an employee’s country of birth,’ the letter read.

Former female marketing manager Kristy Steel was sacked for ‘racism’ in 2022 but she has been awarded compensation after winning her court battle against her former craft beer employer, Diablo Co

Ms Steel had made the joke to her Argentinian colleague Marina Stal, the commission heard.

The two countries neighbour each other in South America but have significant cultural differences.

The company Diablo Co is owned by husband and wife duo Dimitris Limnatitis and Charlene Dellaway.

Based in Woombye, in Queensland’s Sunshine Coast region, it is behind a number of popular Australian made alcohols including Diablo Ginger Beer, Eros Vodka and Black Cockatoo Rum.

Diablo Co alleged Ms Steel said during a conference call ‘it’s because she’s Brazilian’ and after being informed Ms Stal was actually Argentinian replied, ‘they’re all the same’ or ‘same, same’.

Ms Steel also was alleged to have said ‘we can tell’ after Ms Stal stated she was from Argentina when introducing herself to the sales team in April 2022.

In handing down the decision in Brisbane, Commissioner Jennifer Hunt ruled there were no grounds for CD Australia Pty Ltd T/A Diablo Co to fire Kristy Steel.

She ruled the sacking was ‘an extraordinary reaction’.

Commissioner Hunt said the suggestion these comments ‘had broken the law was a gross exaggeration’.

In addition, the company must also pay Ms Steel superannuation at the rate of 10 per cent, up to the amount of $1,355.77.

Commissioner Hunt ruled that Ms Steel’s ‘same, same’ comments were ‘ jocular’ when handing down her decision.

‘I am not satisfied that Ms Steel engaged in any misconduct. At most, her statement of “same, same” or “they’re all the same” should have involved some cultural training but was not misconduct,’ Commissioner Hunt told the court.

‘At the highest, Ms Steel should have been counselled in respect of Ms Stal’s heritage and any offence that mislabelling her might cause to Ms Stal.

‘An employee does not need to compulsorily have their employment terminated even if an employer finds that another employee is offended by a remark made.’

The commission heard her relationship had deteriorated with the sales manager David Greenwood.

Commissioner Hunt found Mr Greenwood complained about Ms Steel’s ‘advancement of a potential order with a new customer, and felt she was stepping on his toes’.

Since being sacked Ms Steel found another job with the commission hearing she ‘has no desire to be reinstated’.

Commissioner Hunt found her dismissal was harsh, unjust and unreasonable.

An NYPD officer who was shot in the head while off-duty died on Tuesday.Adeed Fayaz,…