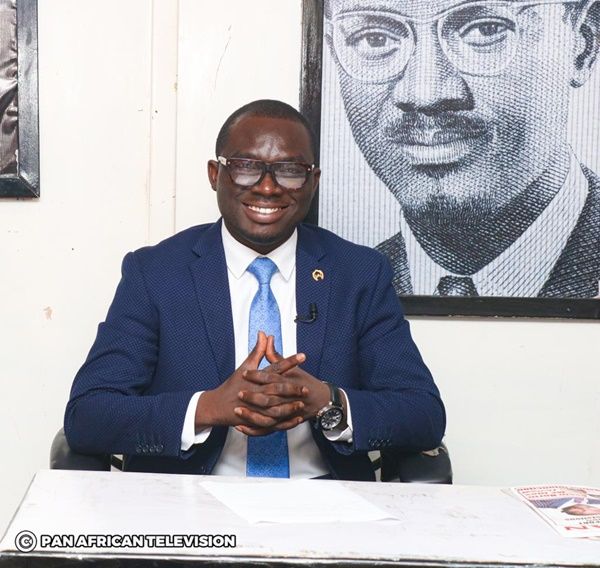 
Former Deputy National Organiser of the ruling New Patriotic Party (NPP), Elvis Banoemuleng Botah has expressed discontent at the manner in which some National Security forces with the backing of politicians support traditional leaders to scupper the efforts of real estate developers.

Speaking on Pan African Television’s Good Morning Africa Show, the politician could not fathom why some traditional authorities indulge in the multiple sales of lands to individuals and real estate companies while stating that even huge real estate firms are not spared the consequences of such illegal activities.

Mr. Botah who referenced Trasacco Estates Development Company as the real estate industry’s biggest player also mentioned that Chiefs who sell land to them turn round to demand renegotiation even when the case is contested in court and they (the chiefs) lose. They then resort to the use of Land-guards and hoodlums to foment trouble.

He further stressed on the security implications of such actions.

“The security implications of this issue is critical. Let me give you a clear example of this system of double sale of land and how people are killed and buried secretly to the extent that even their families cannot trace them. Even powerful companies in the real estate industry are not surviving it, how much more individuals?” he quizzed.

“Look at an entity like Trasacco. We all know the part they play in our housing system and yet for such an entity, to always suffer, and being dragged into land issues with Chiefs playing their games, and using politicians to back those games,” a livid Elvis exclaimed.

The politician further revealed that the illegality of Chiefs selling one parcel of land to multiple clients and also demanding renegotiation has a ripple effect on the pricing of houses. He further stated that such activities do not help grow the sector as it discourages private investors from venturing into the industry.

Concluding his submission, he stressed that government has on numerous occasions touted the private sector as the engine of growth. It therefore beggars belief that this same administration, which has looked to the private sector in improving the country’s fortunes is the very administration under whose watch firms like Trasacco are being mistreated.

It would be recalled that Trasacco over the past few months have been in legal tussles with some traditional institutions in the country, most of which have been resolved by the Judiciary in the real estate powerhouse’s favour.

However, some Chiefs and traditional authorities flagrantly disregard the ruling of the courts while using machiavellian maneuvers, politicians and national security to suppress their hard-work.