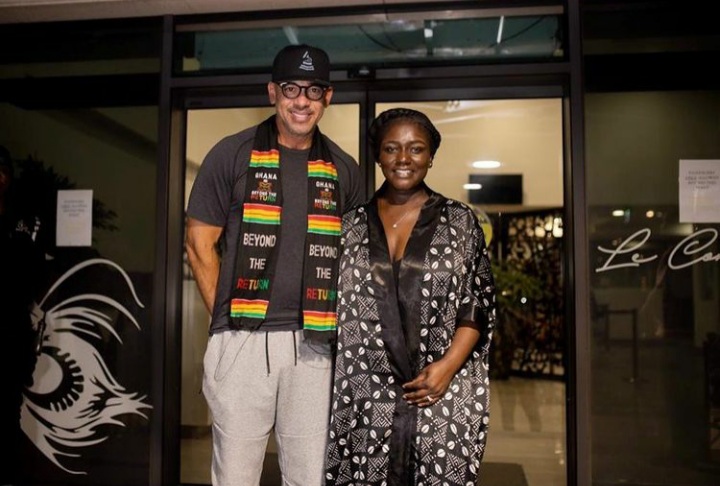 
The Chief Executive Officer of the Recording Academy (organisers of the Grammy Awards), Harvey Mason Jnr is in Ghana.

This is the first time the respected CEO and record producer has visited Ghana and West Africa as a region.

The historic visit was engineered by no other person than the influential Dentaa Amoateng MBE.

She spoke to Zionfelix in an interview at the sidelines of the dinner with industry players and the Grammy CEO in Accra two days ago.

Dentaa revealed that she started building up to bringing the Recording Academy CEO to Ghana when she attended the Grammy Awards in Las Vegas last year.

Even though she couldn’t meet the man himself at the awards, Dentaa linked up with his team and got in touch.

The GUBA awards then decided to recognise the good works of Harvey when they were doing their nominations for this year’s awards in Kigali, Rwanda.

As part of the plans, Dentaa and the GUBA team offered to bring him to Ghana to tap into Ghana’s vast creative opportunities before he flies to Rwanda for the GUBA awards on September 29 2022.

She told Zionfelix that the presence of Harvey in Ghana is a big deal for the industry looking at how Ghanaians have become anxious about winning the Grammy in recent times.

Watch the full interview below:

The Yendi municipal crops officer of the Ministry of Food and Agriculture, Phanuel Yawson Dzigba…