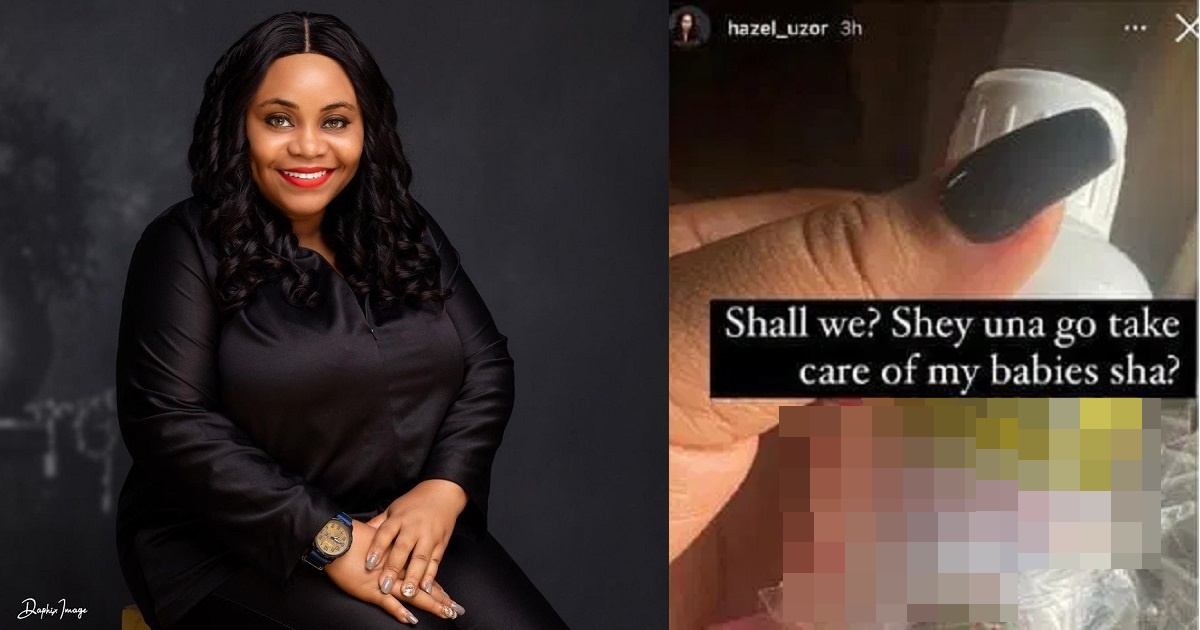 
Uzoamaka Ohiri, the ex-wife of media personality, Nedu Wazobia has aroused panic after dropping a cryptic post on her Instagram story.

Recall that Uzoamaka was accused by Nedu of infidelity and paternal fraud after tricking him into catering for a child that wasn’t biologically his after she called him out over alleged domestic abuse in 2021. Read here.

Nedu, who appears to have moved on, recently made news about his new relationship by revealing the identity of his new partner.

Days later, his ex-wife Uzoamaka raised concern by uploading a post that indicate suicidal attempts, she posted a photo of a hand holding a bottle of a toxic substance, ‘Sniper’.

“Shall we? Shey una go take care of my babies sha?”

Netizens have expressed concern over Uzoamaka’s well-being, noting that she might be suicidal, and urged trolls to go easy on her despite her wrongdoing.