Court denies arrest warrant for Agradaa despite her absence from hearing 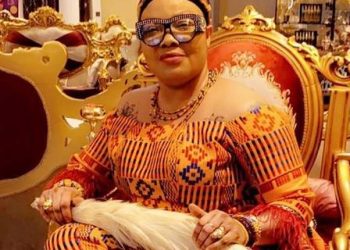 
The Accra Circuit Court has refused to grant an arrest warrant against self-styled evangelist, Patricia Asiedu also known as Nana Agradaa despite her failure to appear in court on Wednesday.

Nana Agradaa, who is on trial for counts of charlatanic advertisements and defrauding by false pretense did not show up in court on Wednesday, January 11, 2023, for two separate cases she is standing trial for.

The prosecutor in the case in which she is alleged to have swindled some members of her church asked for an arrest warrant to compel her appearance in court.

But lawyer for Nana Agradaa prayed the court against the request as his client was not in good health.

The judge after considering the arguments rather cautioned Nana Agradaa’s lawyer to make sure his client is always in court.

Share. Facebook Twitter Pinterest LinkedIn Tumblr Email
Previous Article“I refused to sign for Manchester City because of Blackstars” – Asamoah Gyan makes a shocking revelation as he explains the reason
Next Article Ghana’s IMF Engagement Under Mahama One Of The Most Open In The World – Oxfam | Social