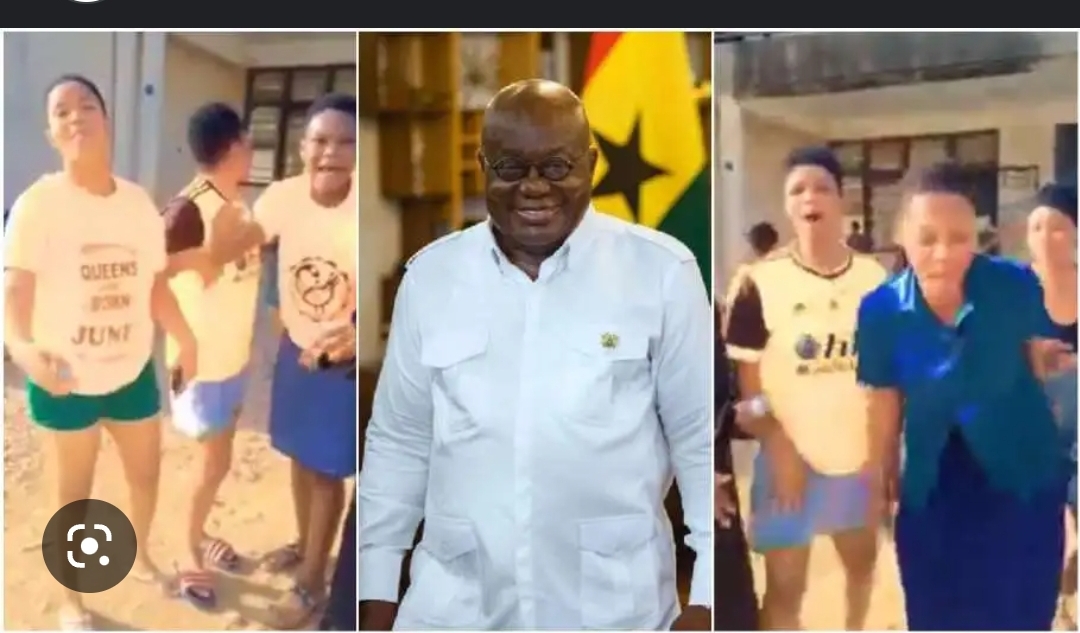 
President Nana Akufo-Addo has intervened to have the Ghana Education Service readmit the eight dismissed students of Chiana Senior High School in the Kassena-Nankana West District of the Upper East Region.

This was revealed in a statement by the Ministry of Education.

The Ministry of Education has consequently urged the Ghana Education Service to consider alternative disciplinary action.

The eight female students were dismissed for making derogatory comments against President Nana Addo Dankwa Akufo-Addo in a viral video.

Child Rights International (CRI), a non-governmental organization had described the dismissal of the eight students of the Chiana Senior High School as wrong.

Although the organization outrightly condemned the conduct of the students, it said the dismissal by the Ghana Education Service (GES) was not only heavy-handed but one that is injurious to the education of these students.

In a statement, Child Rights also demanded that the GES makes public the probe that informed the decision.

“CRI calls on GES to publish the findings of their investigations to the general public as stated in their earlier press release, highlighting the concerns of due processes followed in arriving at the conclusion of dismissal vis-à-vis the best interest of the child as enshrined in the Children’s Act (560) 1998.”

Here is the statement;