VIDEO: Psalm Adjeteyfio Apologizes To Ayisha Modi As He Quickly Makes U-Turn And Admits She Gave Him Ghc5000 And Not Ghc500 As Donation 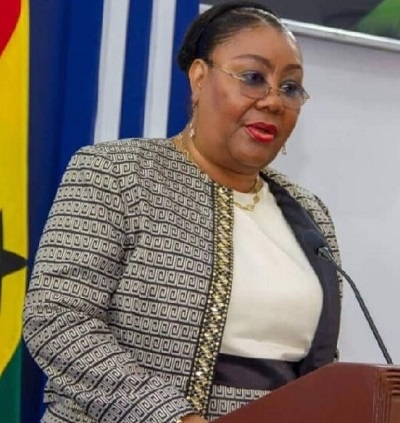 
The names of a total of 2,788 companies have been deleted from the companies register for defaulting to file their annual returns with the Registrar-General’s Department (RGD).

A statement signed and issued by the Registrar General, Mrs Jemima Oware, in Accra yesterday said the companies failed to comply with an earlier directive to file their returns or risk deletion as part of a database clean-up exercise.

“Names of these companies which were earlier published on the Department’s website and in national dailies were part of over 100,000 defaulted and dormant companies the department had earmarked to strike off the companies register as part of its clean up-exercise,” it said.

The statement said the exercise was carried out  in accordance  with Section 289 of the Companies’ Act 2019(Act992)which connotes  that a company  could be stricken off the Companies’ Register  for failing  to file its annual returns on time  or failing  to notify  the registrar of companies  of a change in the companies’ registered office and principal place of business.

It urged all defaulting and dormant companies, whether in operation or not , whose names did not appear on the first batch of deleted companies to file their annual returns by June 30, this year, to avoid being delisted in the second phase of the clean-up which begins in earnest next month.

The statement said the company with knowledge of the company’s non-existence or having no more interest in the company’s business name should inform the department.

It said penalty for late filing of annual returns would be increased from GHc450 to GHc500 after June 30, 2022 while filing or annual returns and beneficial ownership information remains unchanged.

The department, throughout last year, gave warning of its intention to clean up the register of companies which had been filled with dormant companies and others which had failed to file their returns.

In the last warning published by the Ghanaian Times last October, the department in a statement said the exercise had become necessary after the end of the three months validation process conducted by the Department from July to September 2021, to review the sampled group of companies not in good standing.

It said more than  257,241 companies existing in the database had not filed their returns or amendments with the department since 2011 and 670, 282 Companies in the Legacy System (Old database) had not carried out the update of their data dubbed “Re-registration” as at March, 2020.

VIDEO: Psalm Adjeteyfio Apologizes To Ayisha Modi As He Quickly Makes U-Turn And Admits She Gave Him Ghc5000 And Not Ghc500 As Donation