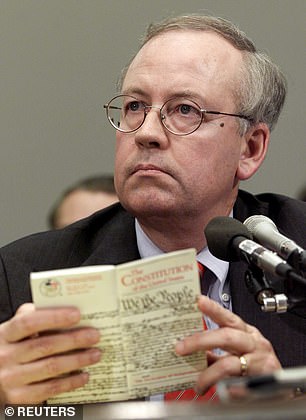 A Reagan judicial appointee and Solicitor General under George H.W. Bush, Starr earned his fame when he served as the independent counsel who led the investigation that led to the impeachment of former President Bill Clinton in the House.

He died at Baylor St. Luke’s Medical Center in Houston of complications from surgery.

Starr has argued 36 cases before the Supreme Court, including 25 during his service as U.S. Solicitor General from 1989 to 1993.

Two years ago he was a member of former president Trump’s defense team during his impeachment trial in the Senate, where Trump was acquitted.

Starr was also the former president of Baylor University and a frequent presence on Fox News.

Share. Facebook Twitter Pinterest LinkedIn Tumblr Email
Previous ArticleNew York Fashion Week: Highlights from the Spring-Summer 2023 shows
Next Article “I love my son” – Wizkid gushes over his first son, Boluwatife, as he expresses concern after calling his phone and didn’t get an answer (Video)