Climate deal struck by Manchin, Schumer would be biggest investment in US history 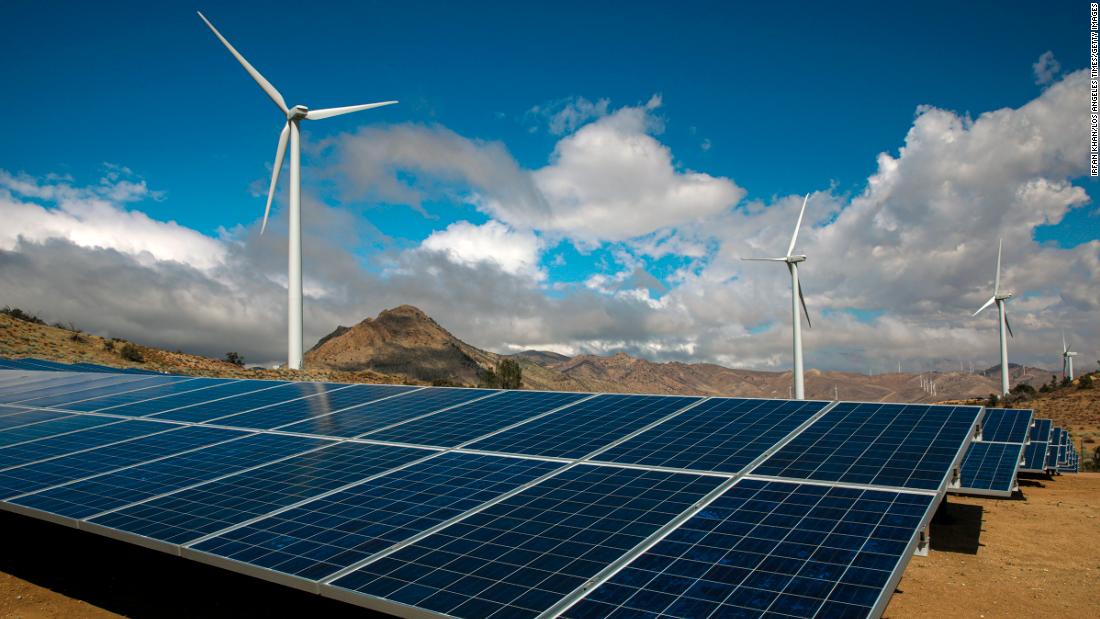 Throughout it all, the package has hung on Manchin’s vote, and the West Virginia Democrat had a strong hand in the climate and energy provisions. His influence is felt in some provisions that promote coal, oil and natural gas — in a package that is ostensibly poised to incentivize renewable energy like solar and wind.

But despite the concessions on planet-warming fossil fuels, analysis from Schumer’s office suggests the measures would reduce US carbon emissions by roughly 40% by 2030, putting President Joe Biden well on his way to achieving his goal of cutting emissions in half by 2030.

This package, if approved through the Senate’s reconciliation process and passed by both houses of Congress, would be more than a massive legislative win for Democrats ahead of the midterms; it would help put the US back in a global position to lead on climate alongside the EU.

“By a wide margin, this legislation will be the greatest pro-climate legislation that has ever been passed by Congress,” Schumer said in a statement Wednesday night. The agreement also got a seal of approval from Biden, who called it “historic” in a statement.

Climate groups that despaired about the lack of Congressional climate action were surprised and mostly elated at Manchin’s turnaround on Wednesday night. Some groups are wary of Manchin’s demands on fossil fuels, including a provision that would mandate leasing public land and water for drilling before any could be used for renewable energy.

Still, climate hawks in the Senate seemed ready to vote for the bill whenever it comes to the floor, saying the power of incentives for electric vehicles and renewables was too good to pass up. Schumer said he expects to bring the bill to the Senate floor next week, before lawmakers head home for August recess.

It’s coming not a moment too soon. Parts of the US, including the Pacific Northwest, are suffering under a punishing heatwave. Earlier this week, St. Louis was inundated with a record amount of rainfall, causing widespread flash flooding and killing at least one person. And more flooding hit Kentucky on Thursday. Just as it is causing global temperatures to rise, the climate crisis also plays a role in extreme rainfall events.

Lawmakers and advocates hope the spending package can start to turn the tide on the climate crisis.

The bipartisan bill had money for electric vehicle charging stations and modernizing the grid, but it didn’t have much in the way of helping US consumers buy electric cars or electric home heating systems. The importance of the new agreement struck by Schumer and Manchin is how it will incentivize American consumers and businesses to pivot toward clean energy.

“The tax credits that help drive renewables onto the system can also help reduce the rates consumers [have] on their electric bill,” Ben King, a senior analyst at nonpartisan think tank Rhodium Group told CNN. “The transition to something like wind or solar helps mitigate against future price spikes like the ones we’re in today.”

The deal is meant to spur businesses to invest in electricity and power that is lower emissions; the very design of the tax credits is to reward those who reduce their emissions the most, according to a statement from Senate Finance Chair Ron Wyden.

The parts of the new deal that will most directly impact everyday Americans are consumer tax credits that will lower the price tag of energy-efficient appliances and technologies like heat pumps, rooftop solar and electric vehicles.

It also puts $60 billion toward domestic clean energy manufacturing and $30 billion for a production credit tax credit for wind, solar and battery storage.

Schumer’s office estimated the package would reduce US emissions 40% by 2030. A preliminary independent analysis from Rhodium Group seemed to agree. King told CNN the group’s first-look analysis showed the new deal could “plausibly” hit that goal.

Another key piece of the puzzle: the deal will help bring down both the cost of energy and the energy-efficient appliances Americans need to decarbonize their daily lives, King said. The bill promotes the manufacturing and purchase of heat pumps, for instance — home heating and cooling appliances that run on electricity and can replace gas or oil furnaces and separate air conditioning units.

“All those things can combine to help get more heat pumps deployed,” King said. “A heat pump is more energy efficient than something like a furnace. The less electricity you’re consuming, the better off you are.”

US leadership on climate change

If Manchin and Schumer’s deal is passed before August recess, it will put the US on surer footing going into the next round of international climate negotiations.

The UN’s COP27 climate summit is set to take place in Egypt this November, where the US would have had to demonstrate progress toward Biden’s aggressive goal of slashing US emissions in half by 2030. Rhodium found that without the investments in a Congressional bill, the US was roughly on track to cut emissions by 24-35% by 2030, far less than Biden’s vow.

After years of climate whiplash — President Donald Trump pulled the US out of the Paris agreement; Biden pulled it back in — congressional investments are needed to put weight behind Biden’s words.

The congressional action doesn’t get Biden all the way to his goal; that will also take increased environmental regulations by federal agencies and action by individual states. But the federal investment, if passed, is the grease that would get the cogs turning towards clean energy and emissions reductions.

“This could truly put us on the path to avoiding the worst impacts of climate change by cutting climate pollution in half by 2030,” Christy Goldfuss, senior vice president for energy and environment policy at the Center for American Progress, said in a statement. “Congress appears ready to put a livable future back within reach at the last possible moment. Now, they need to finish the job and get climate done.”