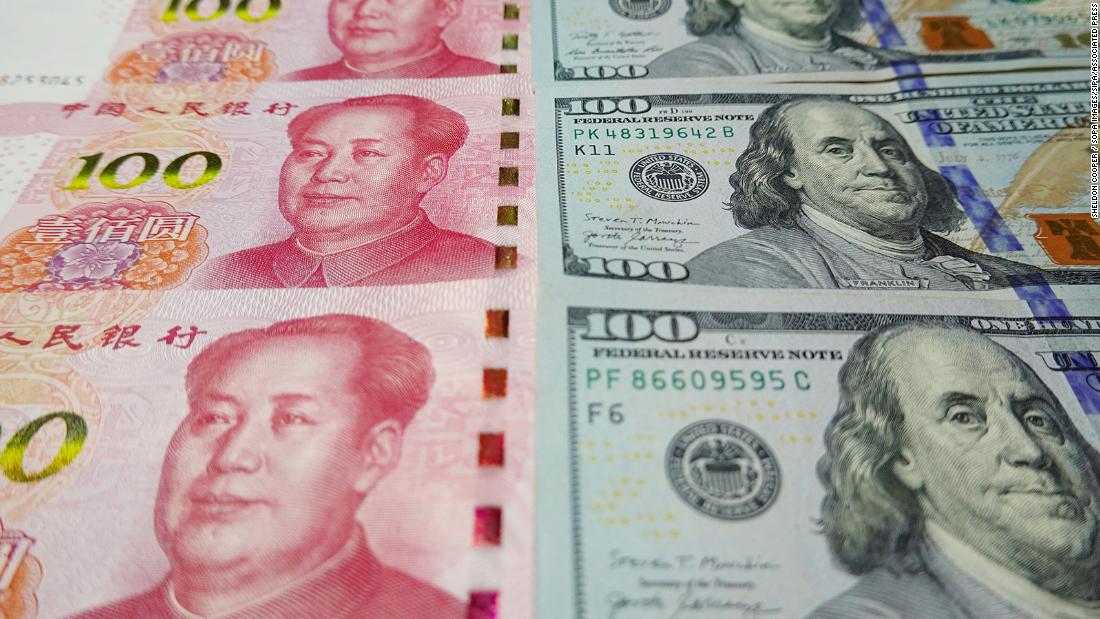 The yuan — also known as the renminbi — lost about 0.5% against the dollar on Monday in offshore trading outside mainland China. It traded at 6.9277, the lowest level since August 2020.

The yuan in onshore trading also weakened significantly, down 0.6% from the previous session.

Risk assets have tumbled globally after Powell signaled that the US central bank would fight inflation with more historic rate hikes. His comments weighed on investors, who grappled with what more aggressive interest rate hikes might mean for the health of the economy.

“Broad US dollar strength will likely remain supported by hawkish Fed messaging and growth divergence in favour of the US dollar,” Citi analysts said in a note to clients on Monday, adding that this will continue to pressure Asian currencies.

The yuan’s recent weakness has been also driven by “worse-than-expected economic data and rate cut,” they added.

Stocks also sold off Monday. Japan’s Nikkei 225 (N225) slid 2.7%, Korea’s Kospi (KOSPI) fell 2.1%, and Hong Kong’s Hang Seng (HSI) lost 0.8%. China’s Shanghai Composite (SHCOMP) shed 0.1%.
The yuan has accelerated its fall against the US dollar this year, as China’s economic outlook weakened and monetary policies in the US and China increasingly diverged. While the Fed has declared war on inflation and kept raising interest rates, China authorities have put fighting recession as their priority and cut rates aggressively.

Analysts are also concerned about the effect China’s record-breaking heatwave and drought will have on growth. Already, several international businesses, including Tesla (TSLA) and Toyota (TM), have faced disruption at factories due to power outages.

The offshore yuan has fallen 3% versus the US dollar this month and was down 9.4% since March.

The yuan’s decline since March had been triggered by the unwinding of bullish yuan positioning and large capital outflows as traders were concerned over growth hit from zero-Covid restrictions, the Citi analysts said.

Another driver is from the government’s side, as Chinese authorities were tolerant of a “gradually” weaker yuan, which can benefit exporters by making the price of their goods more competitive.

“While this is unlikely to push authorities to pursue active currency weakness, they are more likely to allow for market forces driving the renminbi weaker or underperform,” they said.

The Citi analysts forecast the yuan to eventually reach 6.95 against the US dollar.