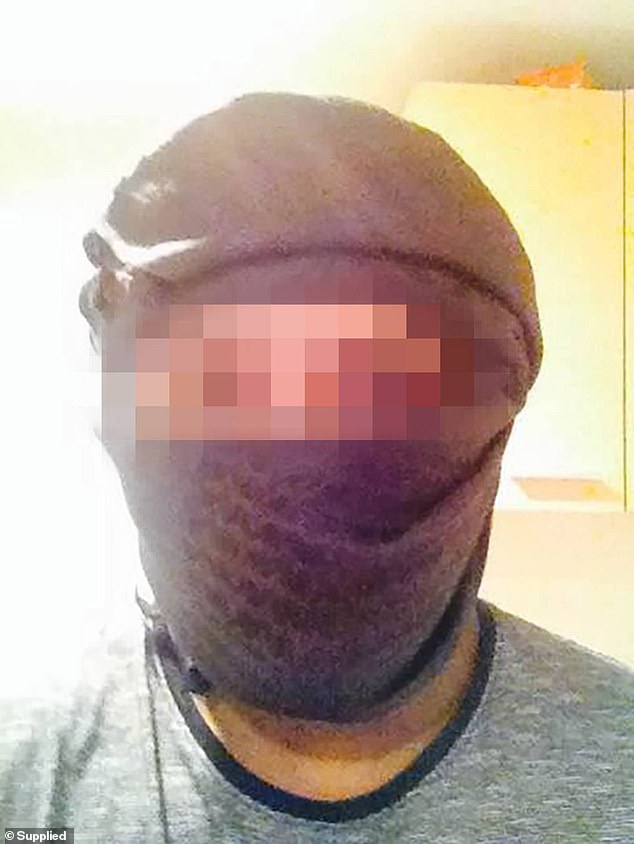 
An ISIS-inspired terrorist who was shot dead by police after going on a stabbing rampage in an Auckland shopping centre had earlier made chilling threats about giving ‘payback to Kiwi scums’ – but was let off with just a police warning.

Six people have been left fighting for life in hospitals across New Zealand‘s north island on Friday afternoon while the knifeman was shot dead within 60 seconds by police inside the Countdown supermarket in New Lynn, in the city’s south.

Three of the victims were described as ‘critical’ with neck and chest wounds.

Prime Minister Jacinda Ardern revealed on Friday the 32-year-old Sri Lankan national, known only as ‘S’ for legal reasons, was considered one of the nation’s most dangerous extremists and was watched 24/7 since 2016.

He arrived in New Zealand in 2011 but only became known to police in 2016 after posting ‘staunchly anti-Western and violent’ material on Facebook including footage depicting war-related violence, the NZ Herald reported.

Prime Minister Jacinda Ardern revealed on Friday the 32-year-old Sri Lankan national (pictured) was considered one of the nation’s most dangerous extremists and was watched 24/7 since 2016. He arrived in New Zealand in 2011

Police let him off with a warning but he continued to be active online.

‘One day I will go back to my country and I will find kiwi scums in my country … and I will show them … what will happen when you mess with S while I’m in their country. If you’re tough in your country … we are tougher in our country scums #payback’,’ S wrote on Facebook.

A year later in 2017, S was detained at the Auckland International Airport when travelling on a one-way ticket to Singapore.

Police allege he told worshippers in his mosque that he intended to join ISIS.

A large hunting knife had been found in his apartment when searched by police along with a photo of him holding an air rifle and other images glorifying violence.

S was held in custody for a year and eventually pleaded guilty to charges of distributing restricted material.

The day after he was released in August, 2018 he bought another hunting knife and was arrested again.

When police again searched his home they found more disturbing footage including a video of Islamic State cutting a prisoner’s throat.

Prosecutors tried to charge S last year under the Terrorism Suppression Act 2002 but a High Court ruled it was not considered an offence under the act to plan a terrorist attack.

He was prosecuted on lesser charges and found guilty of possessing propaganda-style material supportive of Islamic State, before being sentenced to one year of supervision to be served at a mosque.

‘What happened today was despicable, hateful and wrong,’ she said. ‘It was carried out by an individual, not a faith or religion. He was gripped by violent and ISIS inspired ideology that is not supported here.’

The knifeman who was shot dead in a Countdown supermarket on Friday was known to police and politicians for his extremist views, which were largely inspired by terror group, ISIS.

The man, known only as ‘S’ due to High Court suppression orders, arrived in New Zealand in 2011 from Sri Lanka and was first placed on the terror watchlist in 2016 after authorities were alerted to extremist posts he made on social media.

Some of the videos he shared online depicted war-related violence, a clear approval of violent extremism and pledging his support for ISIS, New Zealand Herald reported.

He received an official warning by police but continued to post the material, including a comment which read: ‘One day I will go back to my country and I will find kiwi scums in my country… and I will show them… what will happen when you mess with S while I’m in their country. If you’re tough in your country… we are tougher in our country scums #payback’.

‘S’ reportedly told a worshiper at a mosque that he hoped to join ISIS in Syria and was detained at Auckland International Airport in 2017 after booking a one-way flight to Singapore.

He spent a year in custody before pleading guilty to distributing restricted material, earning a supervision order in 2018.

The day after he was released from prison, ‘S’ was arrested by counterterrorism police who followed him as he purchased a hunting knife.

Police hoped to prosecute ‘S’ under the Terrorism Suppression Act 2002, but it was determined that preparing a terrorist attack was not an offence under the legislation, given he had not carried out any attacks.

He was prosecuted on lesser charges of possessing propaganda in support of ISIS.

During his trial, ‘S’ reportedly told the jury: ‘You’re worried about one knife, I am telling you I will buy 10 knives. It’s about my rights.’

A surveillance team and special tactics group monitored the man at all times and plain clothes officers were able to respond in 60 seconds when he launched his rampage.

It is understood the man obtained a knife from within the store.

Ms Ardern reiterated that if the offender had committed a crime in the past that would have allowed authorities to put him in prison, ‘that’s where he would have been’.

‘The reason he was in the community is because within the law we could not put him anywhere else. His past behaviour was, within the threshold of the law, not enough to put him in prison.’

Disturbing footage of the attack was shared online, showing customers running to safety as at least 10 police units swarmed the surrounding streets.

A witness told Stuff people were ‘running out, hysterically, just screaming, yelling, scared’ as an elderly man laid injured on the floor and a middle-aged woman was stabbed in the shoulder.

Due to suppression orders that are already in place, the prime minister says there is information about the man’s identity  (pictured) and past that cannot yet be revealed

The offender was reportedly acting ‘like a lunatic’ and indiscriminately lunging at anybody in his path, the witness said.

Another woman said she heard police ordering the offender to surrender before five gunshots rang out.

Two officers were involved in shooting him dead.

The three victims who remain in a critical condition were rushed to Auckland City hospital along with a fourth person in a serious condition.

One victim in a stable condition was taken to Waitakere Hospital while another was rushed to Middlemore Hospital.

Two of the victims were rushed straight into emergency abdominal surgery.

At least 20 frantic Countdown customers fled to safety at nearby Unichem Pharmacy, which was already brimming with about 45 patients waiting to get their Covid jab.

Staff immediately locked the doors and called for help.

‘It wasn’t a nice scenario. Everyone was pretty shocked and worried, but everybody is fine,’ a staff member said.

At least 10 police units were quickly on the scene and surrounded the shopping precinct before the knifeman was shot dead.

Roads in and out of the area were blocked off and helicopters are circling nearby.

Kiri Hannifin, Countdown supermarket’s general manager of safety, released a statement on Friday afternoon stating her ‘heart was heavy knowing what our team and customers have witnessed’.

‘We are particularly devastated that something like this has happened again in one of our stores. It’s difficult to comprehend and the events of today leave our whole team in deep shock,’ she said.

‘The safety of our team, and our customers, is always our priority, and this is at the heart of our COVID-19 response as well. We will cooperate with the Police in any way we can to understand what’s happened, and at this point we’re unable to provide any further details.’

The store will be closed until further notice.