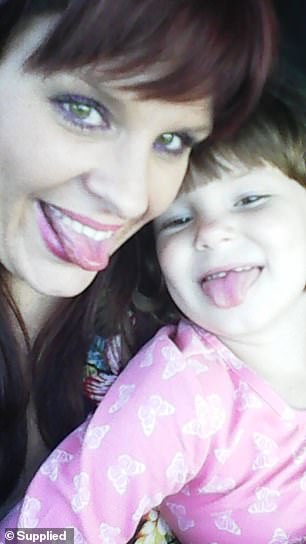 The mother of schoolgirl Charlise Mutten has been charged over a home invasion where two guns were allegedly stolen.

The nine-year-old girl was allegedly shot dead by her mother Kallista Mutten’s fiancé Justin Stein, 31, in January on his family’s property in the Blue Mountains before he disposed of her body in a barrel.

Charlise was initially reported as missing before her body was found in bushland near the Colo River on January 18, with police charging Stein with murder a short time later.

Police will allege she accompanied Stein to the home where two guns were allegedly stolen.

‘A 39-year-old woman attended Campbelltown Police Station on Tuesday where she was charged with aggravated break and enter in company,’ NSW police said in a statement.