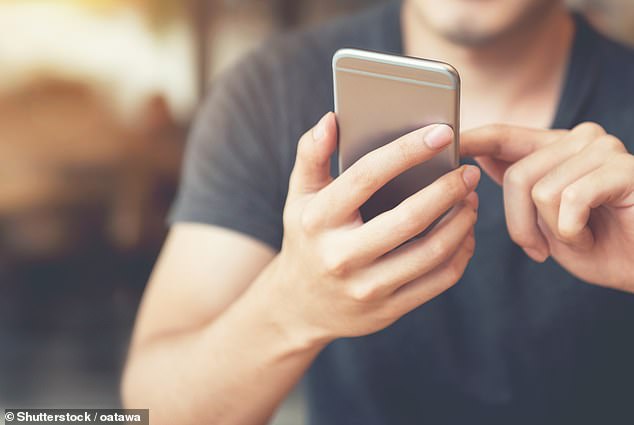 
Man is accused of drugging, raping and robbing male victim he met on a dating app before trying to delete their phone conversations

An alleged rapist has been charged by police following accusations he drugged a man before sexually assaulting him, stealing his belongings and erasing his phone.

Police said the suspect, a 22-year-old man from Kambah, in Canberra’s south west, met the victim through a dating app.

On July 24, the pair agreed to meet up with the alleged victim inviting the accused to his home in nearby Philip.

The two men had sex on July 24, meeting the next day to have sex again, according to ACT Police.

An alleged rapist, 22, has been charged after allegedly drugging and sexually assaulting a man he met off a dating app (stock image)

Detectives allege the 22-year-old returned to the man’s residence a few days later on July 28.

It was on this third visit that police allege the Kambah man drugged the  Philip man with a substance, making him lose consciousness, before allegedly raping him in his home.

He then allegedly erased any trace of him on the man’s phone before stealing things from his house and fleeing.

The victim reported the matter to police the next day.

Officers from the ACT Policing Sexual Assault and Child Abuse Team (SACAT) executed a search warrant on the suspect’s home on Saturday, finding the allegedly stolen items at the 22-year-old’s house.

He was arrested at the house and charged with sexual assault without consent, burglary and theft.

Police are still investigating whether more people were involved in the matter or if other offences were committed.